August 31, 2010 / Jennifer Coleman / 4 Comments
Josh and Joel signed up for a free community class at Hudson Alpa, the local biotechnology institute.
Biotechnology is Josh’s favorite subject.. maybe he’ll get a research job there one day.
There were only two other people their age that attended the class.
The classed filled up (250 people) only 10 days after it was advertised.
Josh says, “Mostly old people are going.”
Joel added, “And a few younger kids who were drug there by their Moms.” 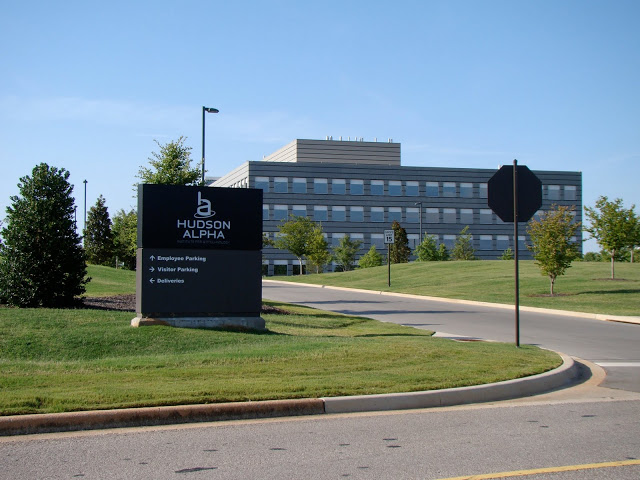 A few hours before class, Josh was dumbfounded when noticed in the
class description that “business attire” was the expected dress.
We’ve been telling him that he should wear
a pair of slacks and a polo shirt when applying for jobs.
He’d agreed to, but thinks we’re old fashioned.
He didn’t have much in his closest that fit the description,
but was able to borrow a shirt from Mike.
When Joel and Josh came out wearing their “business attire,”
Judi totally freaked out.  All she could do was point and
yell, “Nerd.  Nerd.  Where’s your pocket protector?”
Josh didn’t know what a pocket protector was.
Most days they wear a black, Christian, hardcore T-shirt and a ripped pair of blue jeans. 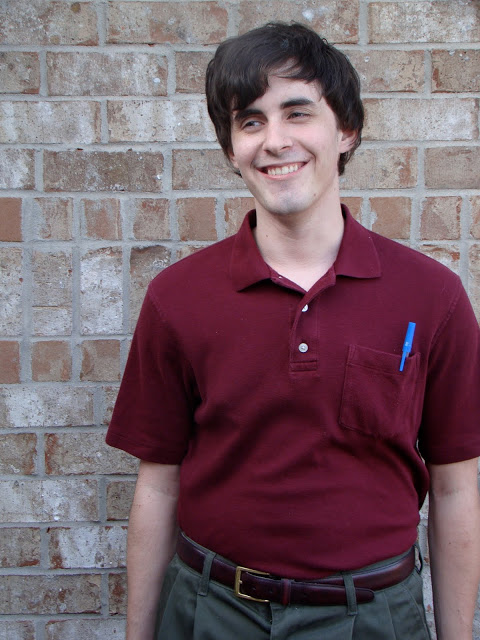 I couldn’t believe that they actually went outside and posed for pictures. 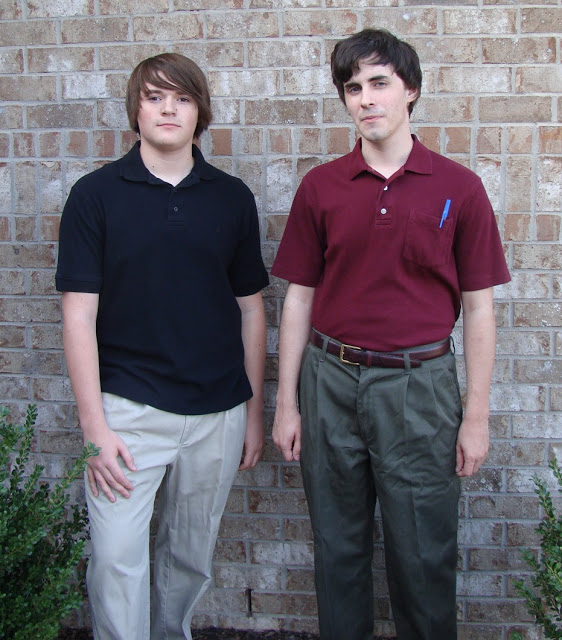 Aren’t they cute?  Don’t pay attention to the wrinkles.
I haven’t taught them how to iron yet. 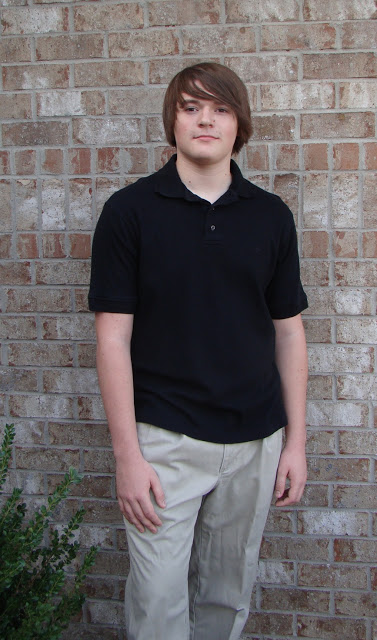 They kept asking me if I was sure they should go dressed this way.
I told them that a bunch of people would probably go straight from work in their suits.
I was right, of course, and they were glad they had listened to their old mom.
The big announcement after the first class was that the institute is planning to build a giant
replica of a DNA model.  It will be big enough to be seen from an airplane,
so that Huntsville will be famous for two things, the rocket and the DNA model.
🙂
Love,
J