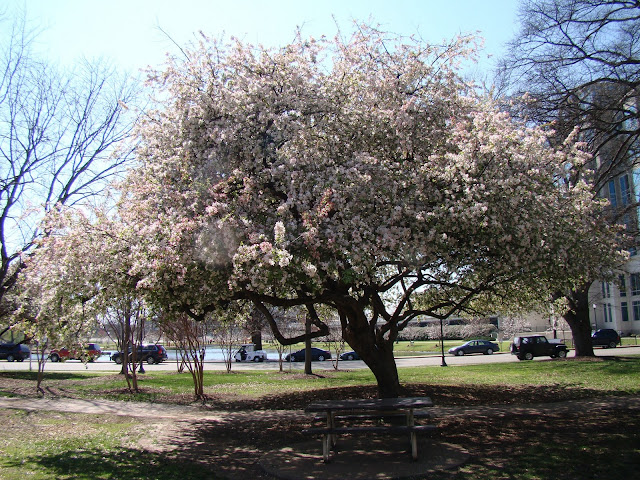 On Saint Patrick’s Day, we went downtown for a picnic by Big Spring Park
and then to the Weeden House for a tour.  It’s so pretty and peaceful at the park
that I understand why Mr. Hunt chose to settle there in 1805. 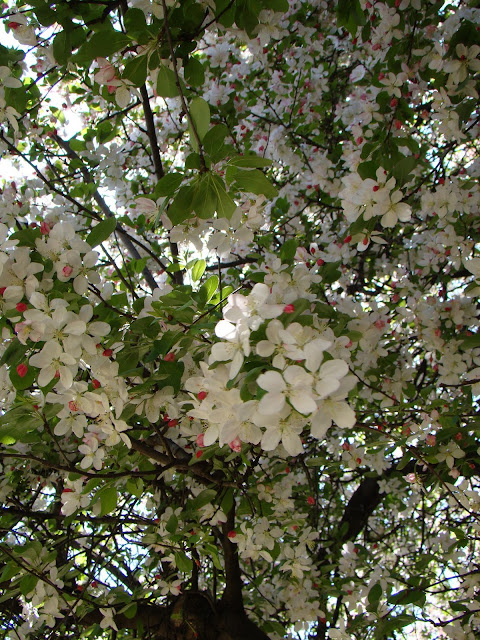 I’ve fallen head over heals for the blooming trees this Spring.  I keep seeing more
I want to photograph and I am sad when I don’t have my camera with me. 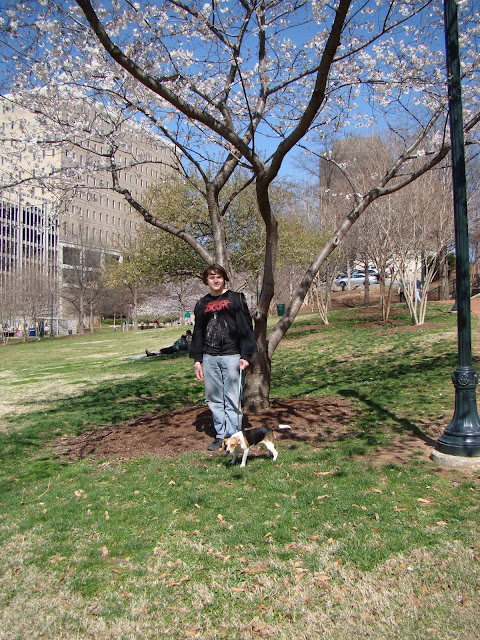 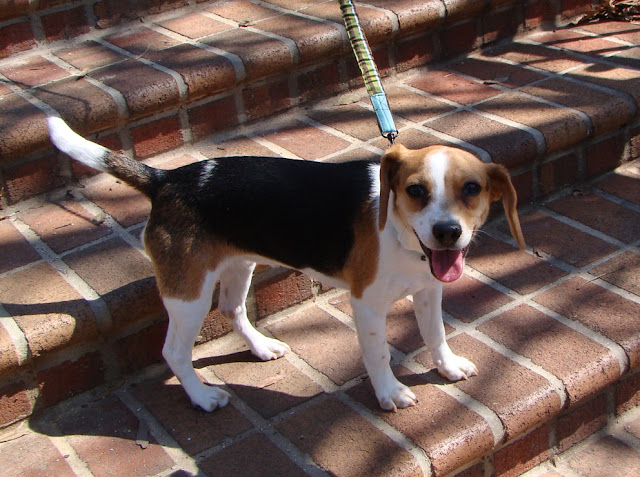 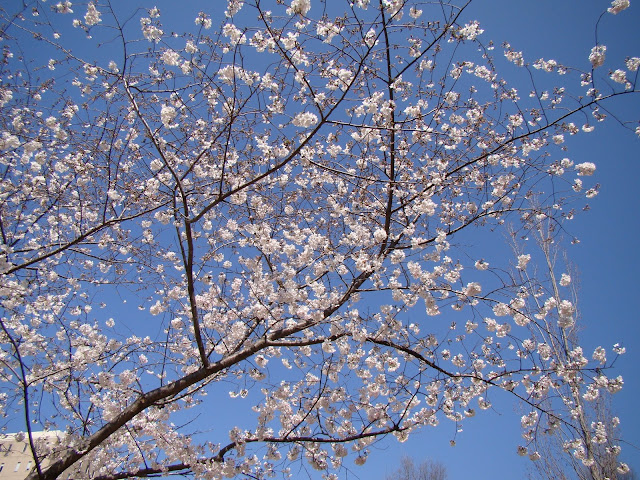 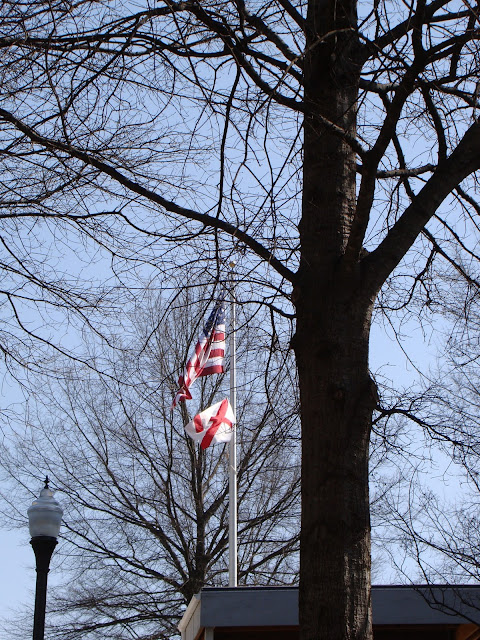 The flag with the red “x” is the Alabama State flag.
We were here a year before I figured that one out.  ha
It must be one of the easiest state flags to draw. 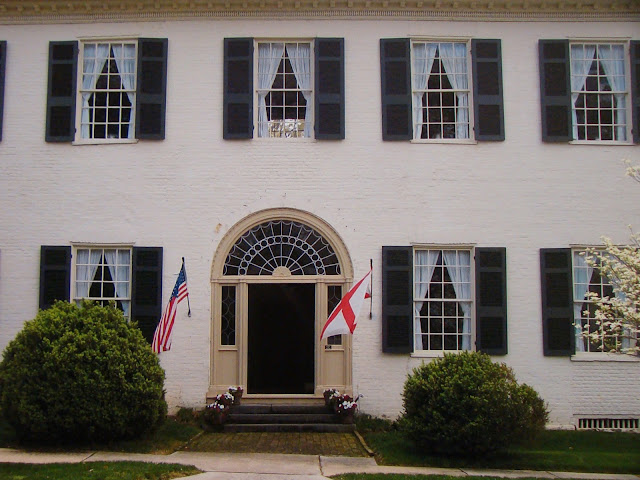 We learned quite a bit at the Weeden House about Huntsville’s history.
The house was built in 1819.  Huntsville was one of the few southern cities
who’s houses were not burnt to the ground in the Civil War.
It’s located in a historical part of town they call the Twickenham District.
In 1810, “Hunt’s Spring’s” first land developer renamed the town
“Twickenham” after the home of the English poet Alexander Pope.
The very English sounding name didn’t last long though.
In 1811 anti-British sentiment grew so that they quickly changed
the name to “Huntsville” in honor of Mr. Hunt, who was it’s first settler.
I am really glad the name “Twickenham” didn’t stick.
I’d much rather tell people that I am from Huntsville.
The house is named for Maria Howard Weeden who was an amazing
artist and poet that supported her family with her art during
the lean years after the Civil War (more widely known here as
“The War of Northern Agression Against The States”).
She is famous for her detailed, watercolor portraits of the ex-slaves she knew and
for the way she rewrote their stories into poetry using their original dialect.
She had several books of poetry and art published. Joel Chandler Harris, creator of
“Uncle Remus,” said she was “the bright light of the nineteenth century.”
Look her up.  You won’t be disappointed. 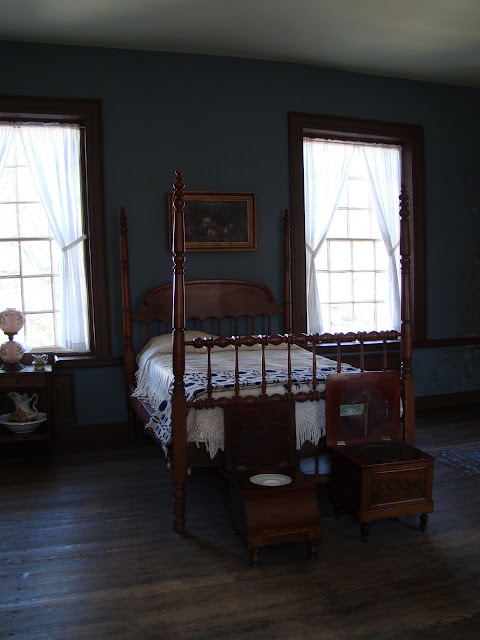 This is one of the large upstairs bedrooms used now as a dressing room
for the wedding parties hosted there.  Thanks to an inquisitive kid on
the tour we learned what chamber pot was (pre-indoor plumbing). 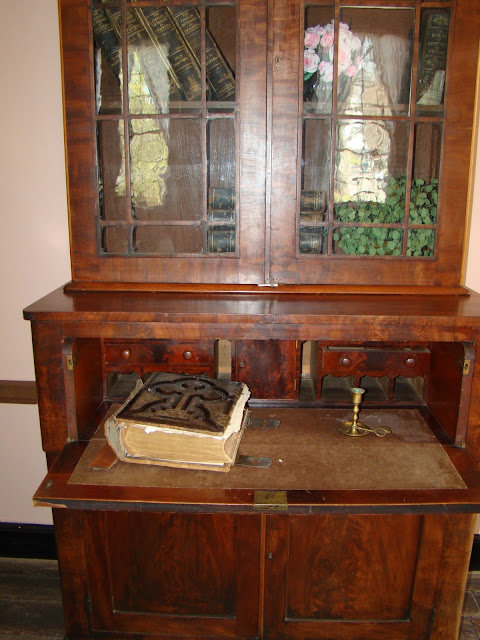 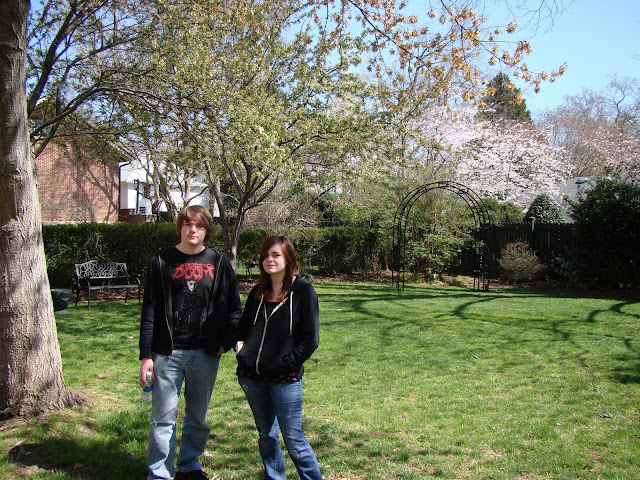 Joel and Judi in the garden where they hold the weddings.
A couple more tree pictures before I sign off.. 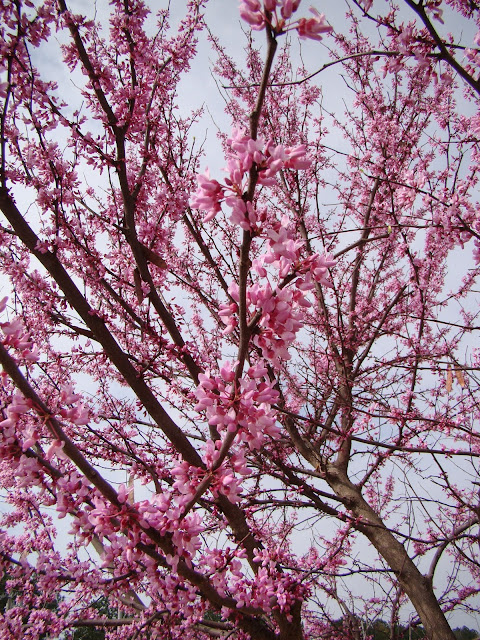 Here is a close up of a black tulip magnolia tree that I learned about a few weeks ago. 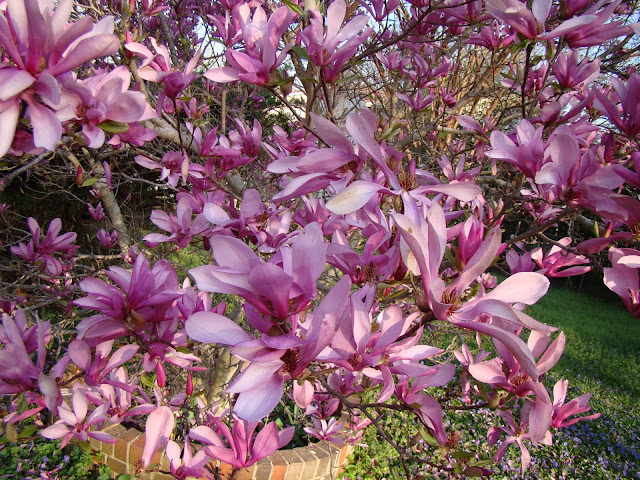