Labor Day Weekend we took the kids to the Unclaimed Baggage Store.
Mike and I had a hard time remembering it’s name. We kept thinking it was the Lost Luggage store. And thought that that would be a better name.. two Ls and all. But when you think about it… “Lost” implies that they greedily grabbed up your stuff to sell in their store before you could find it, while “Unclaimed” implies that you didn’t want it any more. At the same time “Luggage” gives the idea of something valuable and “Baggage” the idea of extra weight or something you need to get rid of from your past.
Then from there we went to Buck’s Pocket State park. 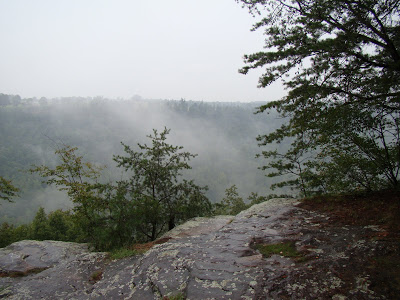 It was raining.. so James carried an umbrella over my camera while I took pictures. Thank you, James. 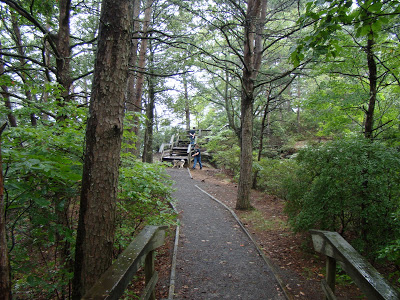 There wasn’t a lot to the park, but this part was nice. 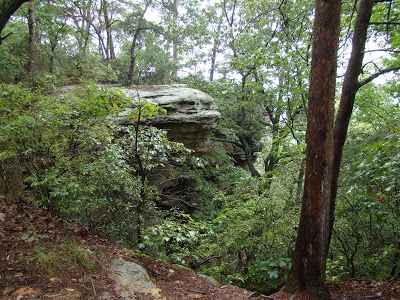 I love the rock. 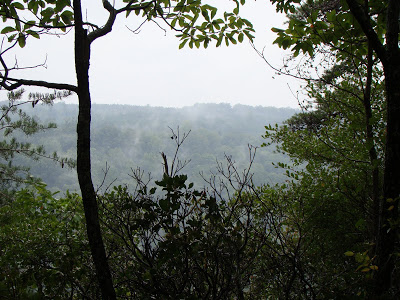 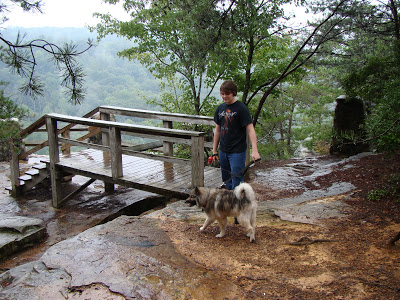 It was too wet to eat out side. They had a couple of picnic tables but none covered. 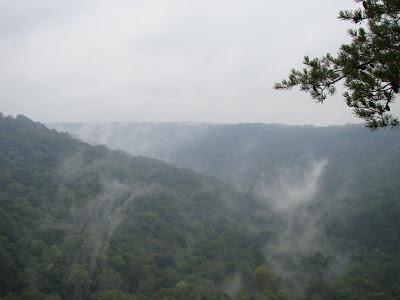 James was impressed by the smokey appearance of the mountains. 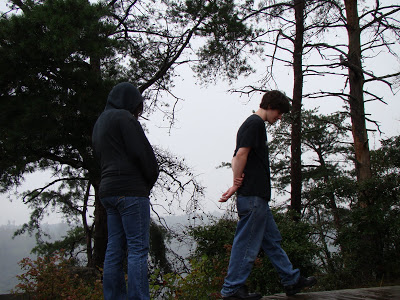 Walking in the rain. 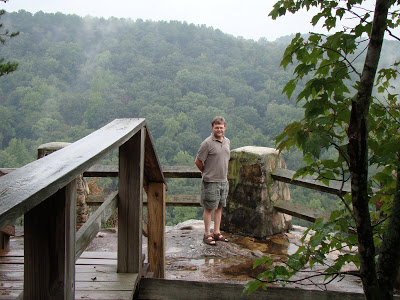 After eating our sandwiches in the car and not being super impressed with Buck’s Pocket,
we decided to try Lake Guntersville State Park. 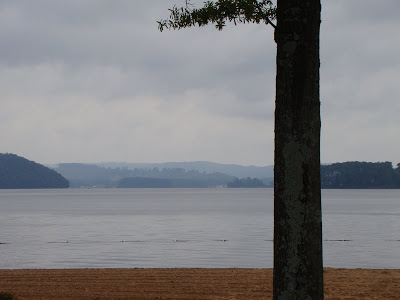 It was much nicer. Had a beach and was a much easier drive. 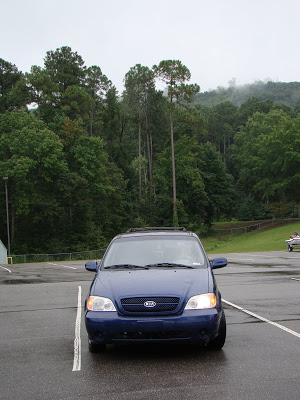 Family waited patiently in the car while I took pictures. 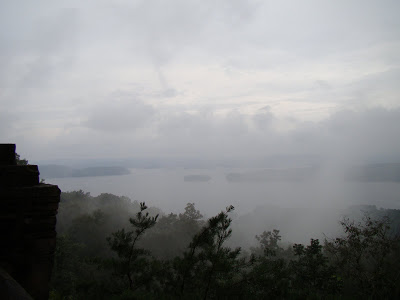 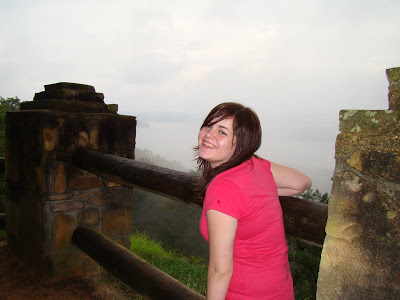 The rain broke for a bit. 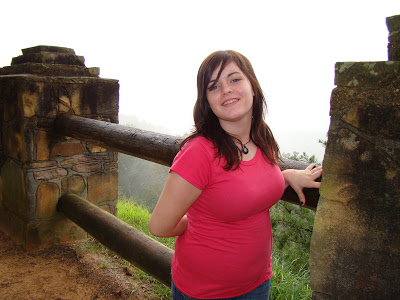