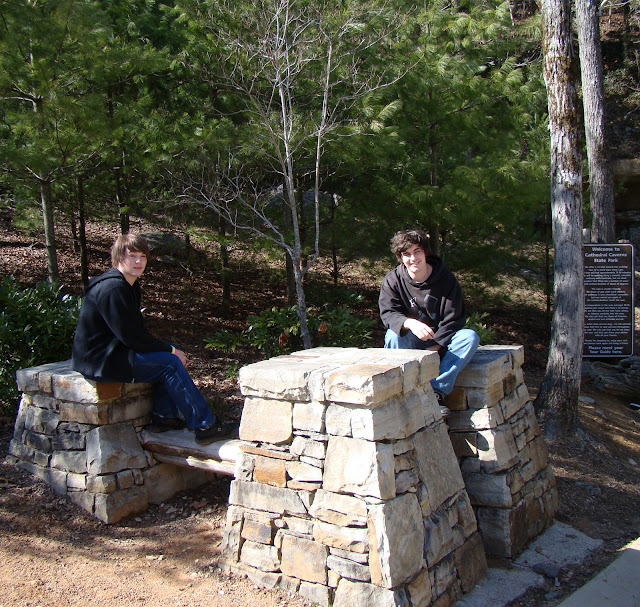 The weather here the last couple of weeks has been crazy;
one day warm the next rainy then the next windy and cold.

Josh loves the out doors and we thought it would be nice
to go on a hike with him for his birthday, but not in the rain or cold.
We thought of a place where the weather is always perfect: a near by cave.  🙂 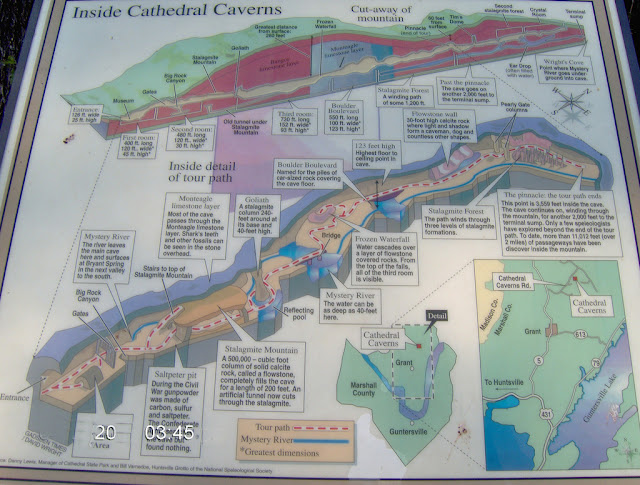 We’ve driven by Cathedral Caverns State Park many times on the way to Chattanooga
and other cities east of us, but had no idea what a treasure we had so close by. 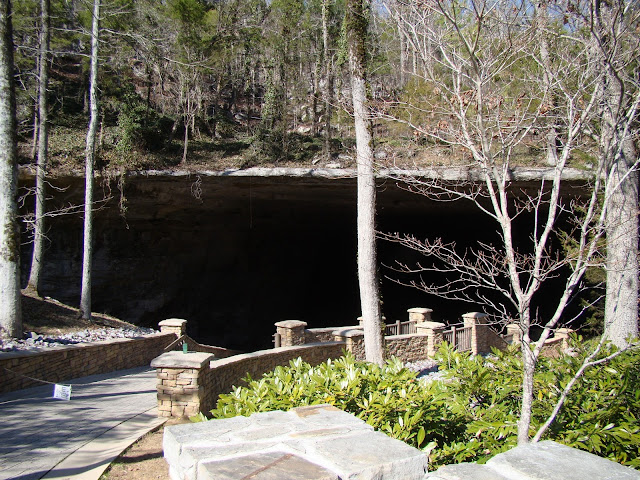 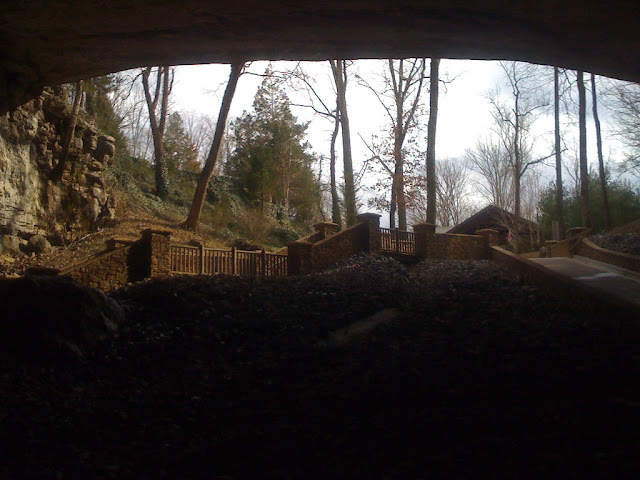 Most of the time I have an attitude of “You’ve seen one cave you’ve seen them all.”
I think because I was spoiled living near Carlsbad Caverns when I was young
and they are so beautiful that others have a hard time comparing. 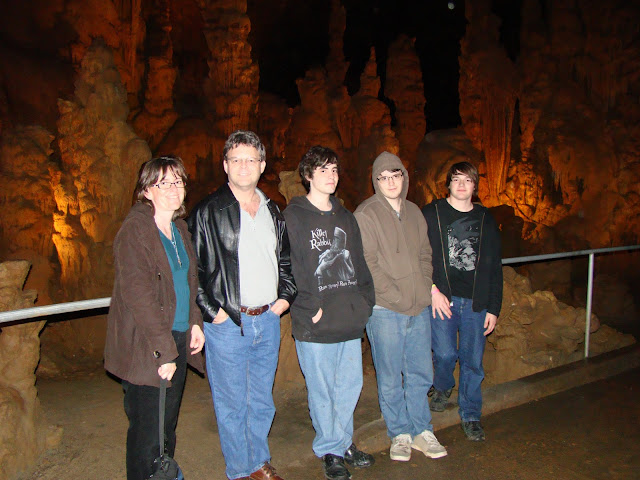 But there was something really special about this cave.
The great room with the 45′ high ceilings amazed me.
The atmosphere was so nice, the temperature stays between
58 and 61 degrease year round, and in places you could feel a breeze. 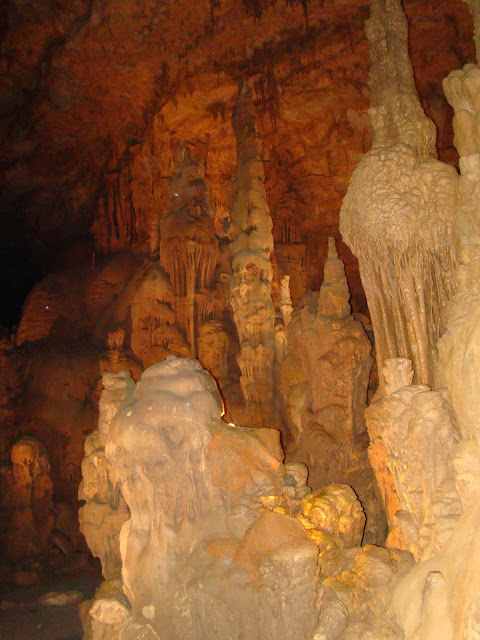 I so see why when Jay Gurley’s wife first saw it in the 50’s
that she thought it looked like a “cathedral.”
A much more fitting name than “Bat Cave.” 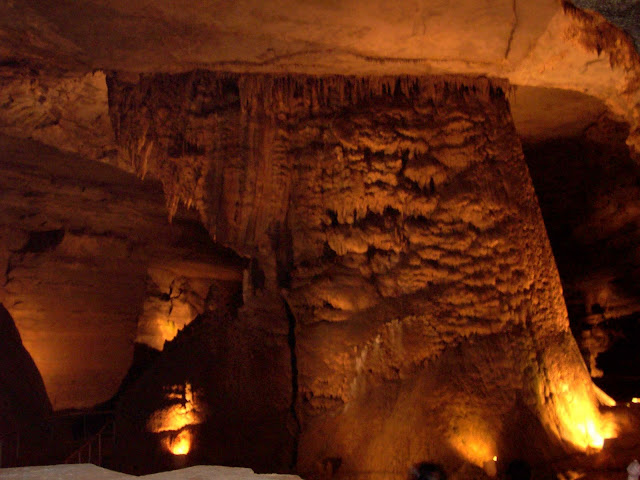 One of the coolest parts for me was seeing Goliath, the largest cave column
in the world at 43′ tall and 128′ high, and learning about how
the earthquake of 1912 which caused the Mississippi River to flow backwards
for three weeks had also caused this huge crack. 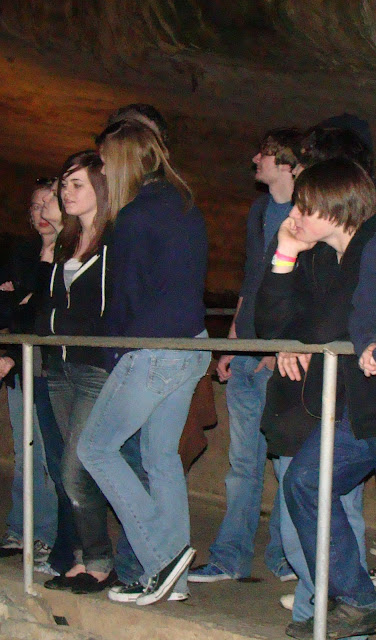 Judi with her friend Kylie.  Joel and Josh and another friend, Nick, looking at Goliath.
Another thing that added to the atmosphere was the Mystery River that ran through it.
I love the sound of flowing water and it makes the humidity
in the cave perfect (I love high humidity).
But maybe not so perfect for the weddings they hold there. 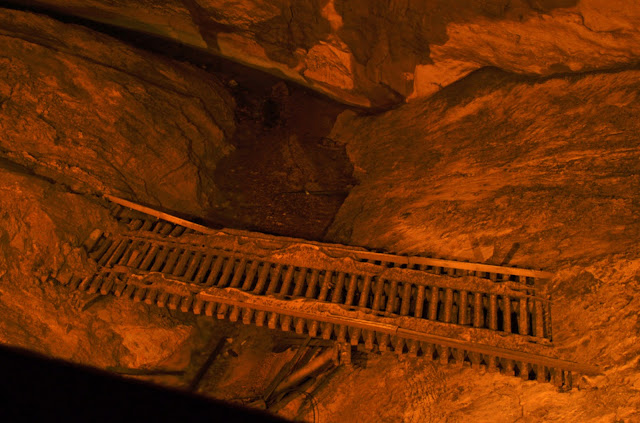 Jay Gurley built this bridge over it for his jeep.
In heavy rains the river floods up to 32′ above this point,
and his bridge is still standing.  Crazy right? 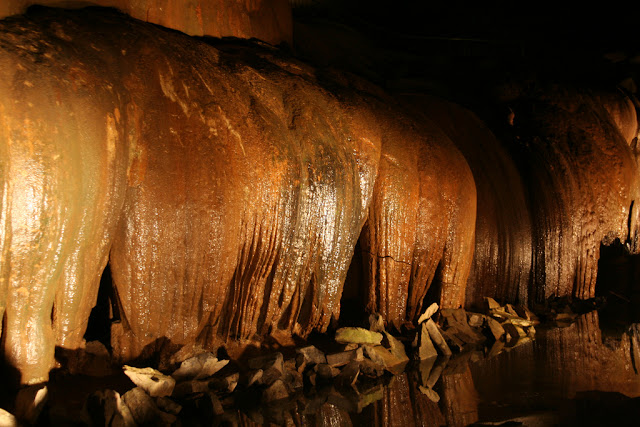 One last really cool thing about this cave is that you’ve probably seen it before..
in Disney’s movie “Tom and Huck.”  Now I want to see the movie again..
and it’d sure be nice if they sold season passes to the cave.