April 7, 2012 / Jennifer Coleman / 0 Comments
After visiting the NGA, we walked up to see
if the Library of Congress was open. 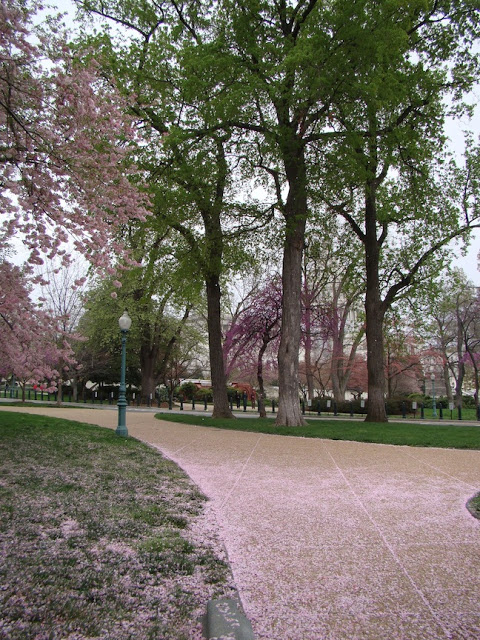 When they say “up” on Capital Hill they mean up.
It’s quite a hill.  Cherry blossoms everywhere.
A red bud tree and through the trees you can
just make out the Capital building. 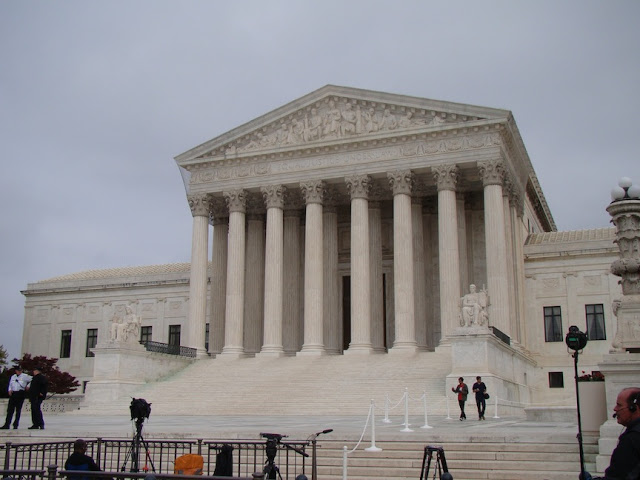 We joined a group that was praying in
front of the Supreme Court for the nation.
Quiet a different group from the day before.
The following day was the beginning of
the Supreme Court’s review of Obamacare. 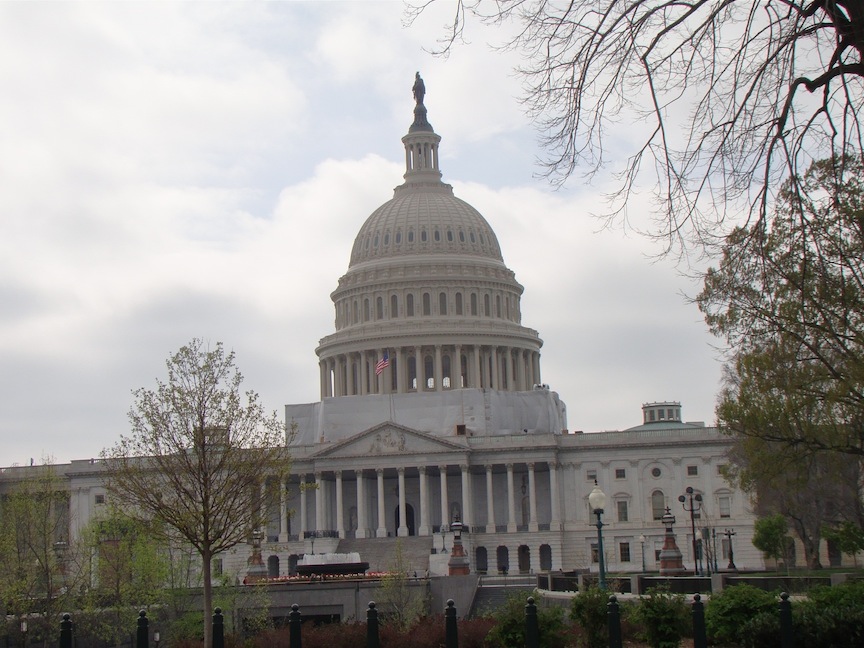 In the few minutes we were there, they prayed for Congress. 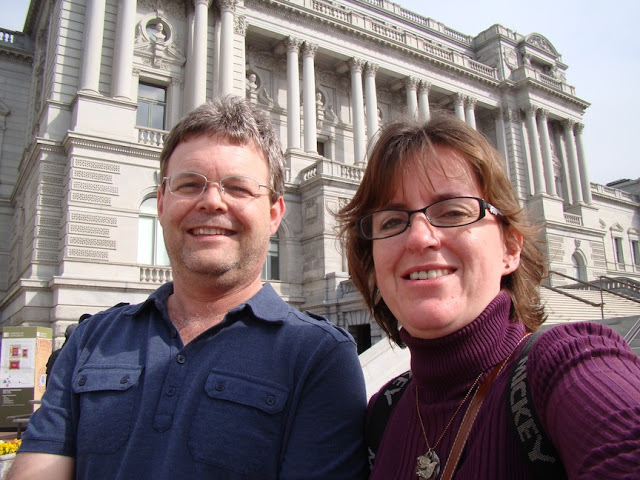 The Library is next door to the Supreme Court.  It was closed.
We had a little time left, so we went back to the American History Museum..
the President’s exhibit had been so crowed the day before we missed it. 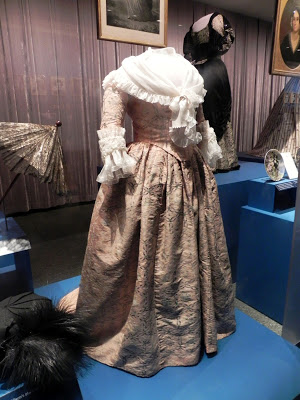 Martha Washington’s dress.
We learned that not every First Lady was married to the President.
Some Presidents weren’t married or their wife
didn’t want to be the First Lady.. so they asked someone
else in their family to play host in the White House.
A couple were as young as 21 years old. 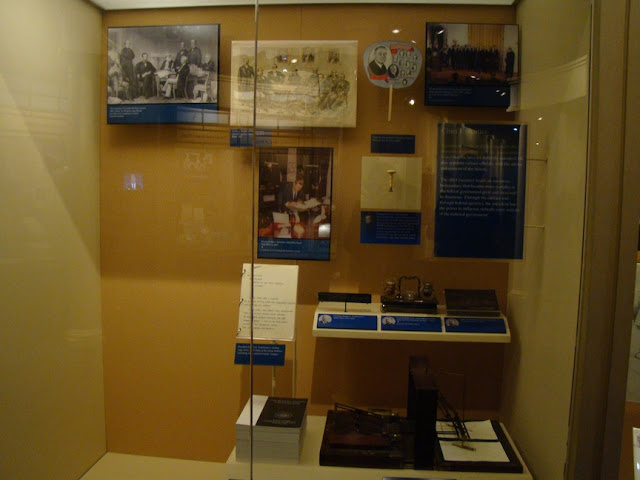 We found some of Mike’s work in this display case; 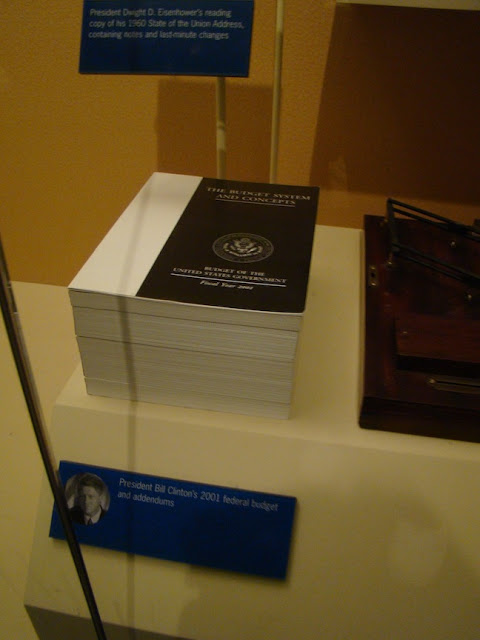