May 25, 2012 / Jennifer Coleman / 0 Comments
We were so please that everyone was able
to get off work for our trip to Texas this time.
It had been 5 years since we had all been.
The only problem was that the cars we have now only hold up to 5 people.
It worked out well though, with two cars and three
people in each (divided up by musical taste)
we had plenty of room for guitars and food and
homeschool curriculum for my nephews and niece.
The only thing was that it cost us over $600 in gas.
Still cheeper than renting a van.
Our first stop in Texas was at Texas Pride Barbecue.
We arrived just a little too early at 10:45 AM
after driving 14 hrs. and 45 min. 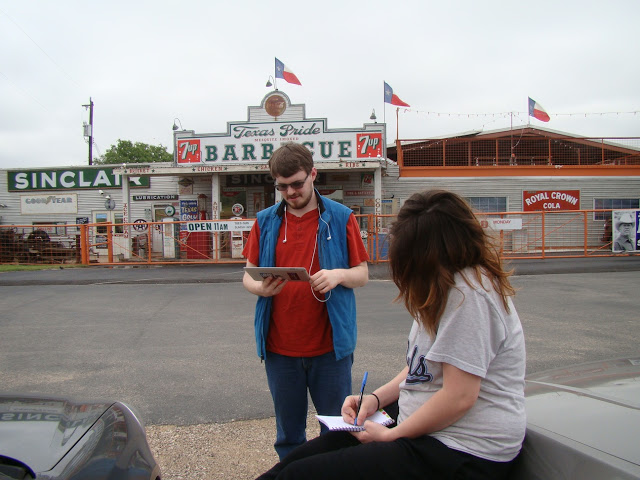 Time to stretch and take photos: 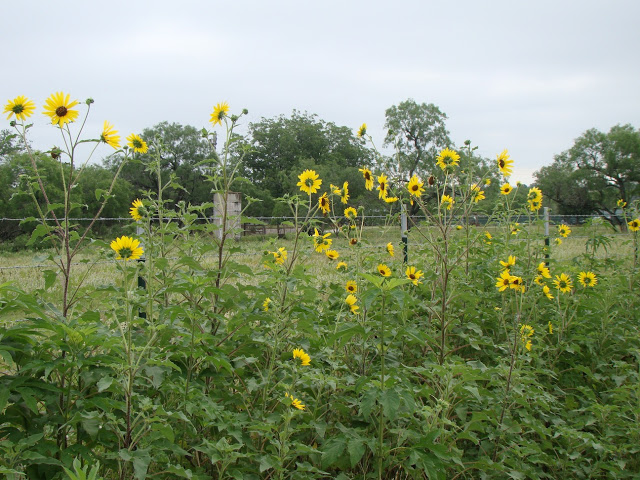 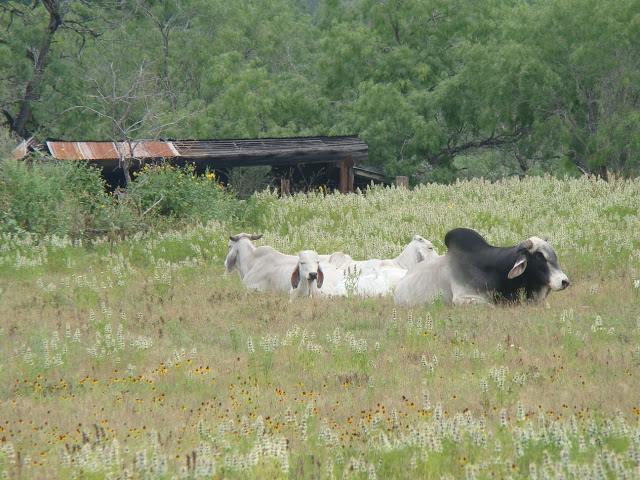 Joel stayed up most of the night trying to make sure
that the siblings driving his car didn’t fall a sleep. 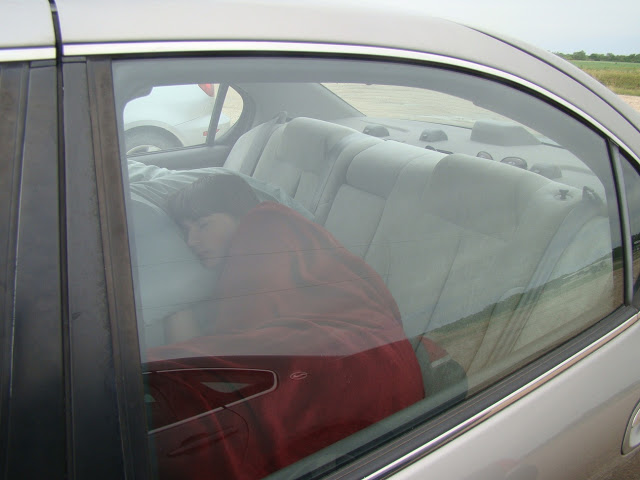 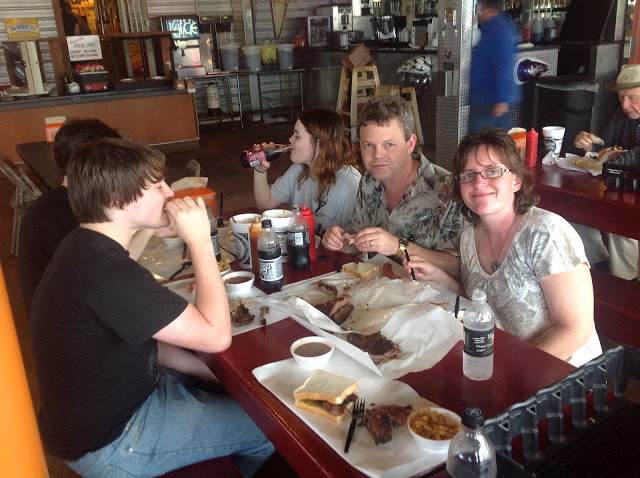 After lunch, we drove the last two hrs. to Mo Ranch to see my family.

Mike and I saw a big gray fox there.. twice.. no photo.. too quick. 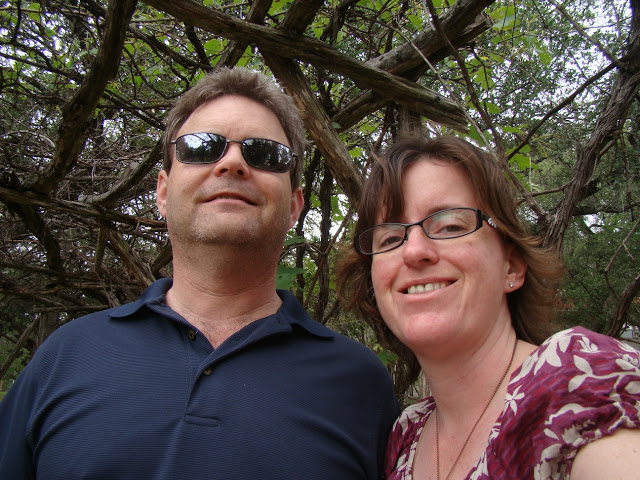 I didn’t take any pictures of my family.. because they are so much more
talented than I at taking pictures and it seems unfair to make
the kids pose one more time for another photo. 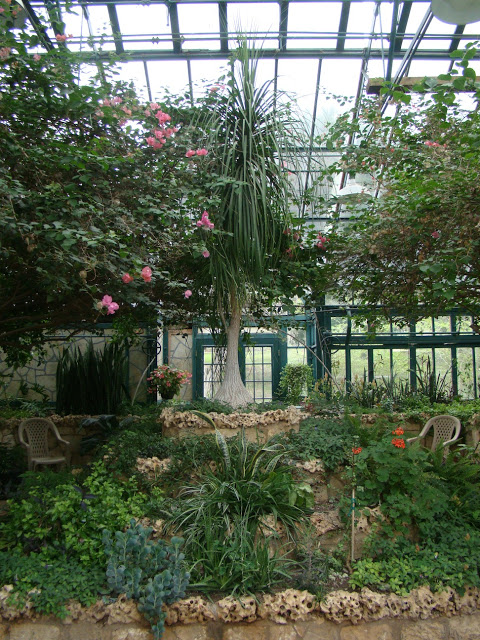 I did take some pictures of Mo Ranch’s Greenhouse.
I need to check out their chapel on another visit.
We had a great time seeing everyone.
I’ll have to blog more about it later..
Someone send pictures.
After Mo Ranch, we spent a few days in San Antonio.
We went to the Alamo, saw Switch Foot in concert and some dear friends..
James took these pictures for us with his ipad. 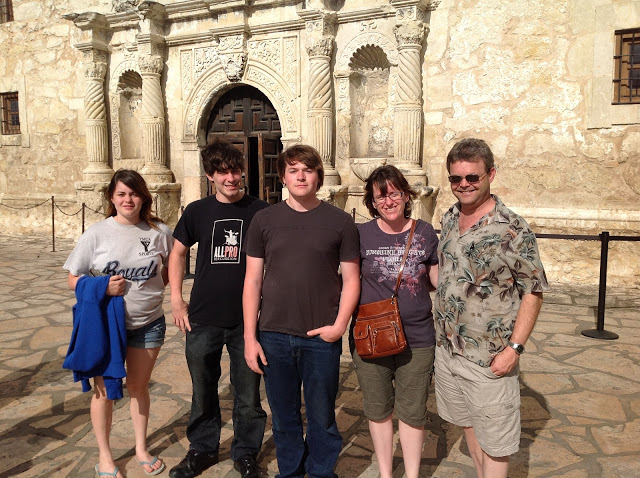 Remember the Alamo.  It’d been a long time since Josh had been. 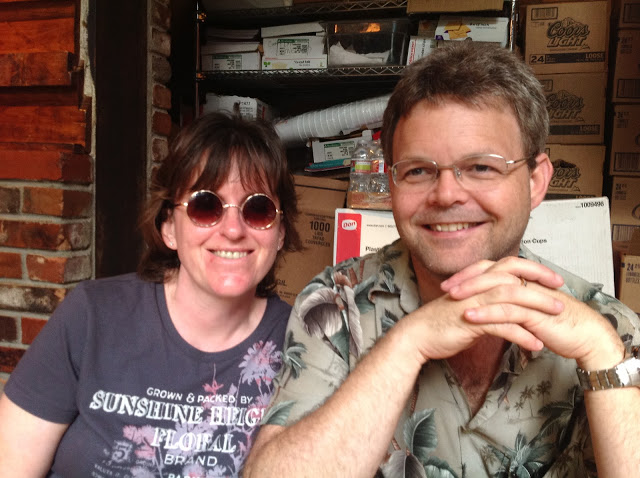 Judi and I tried on Joel’s new hippy glasses at County Line BBQ.

He’s so proud of them.  Got a compliment on the 10 seconds after he bought them. Looked for a leather beaded vest to match the whole rest of the trip. 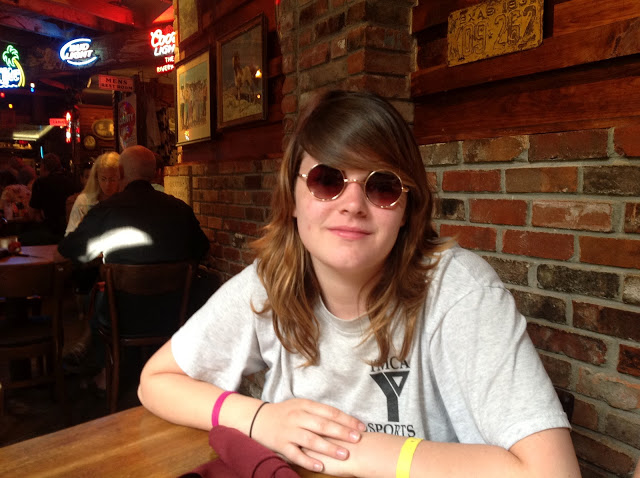 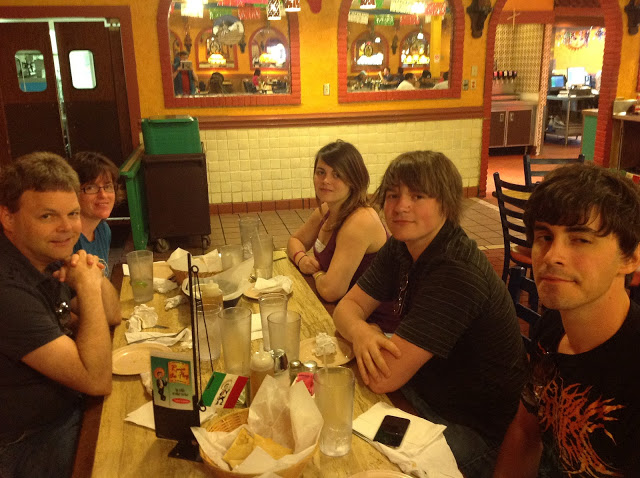 We ate lunch at our favorite Mexican buffet, Ponchos.
Just raise the flag and they’ll bring you more to eat. 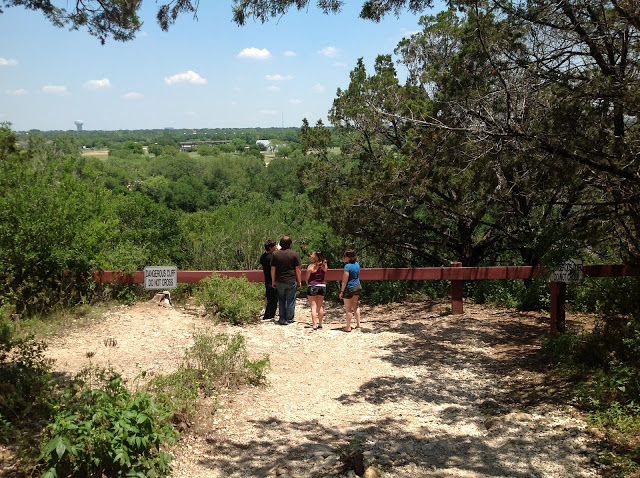 This is a picture from our favorite park in San Antonio, O.P. Schnabel.
Its been done up really nice with new maps and mile markers.
And the Bandera YMCA on the premises has a new
swimming pool with big double tube slide.

We also got a picture of the house we rented when we were expecting Judi.
The things I remember most about this house is that it had a garden
which I killed and we found mouse droppings on our key board. 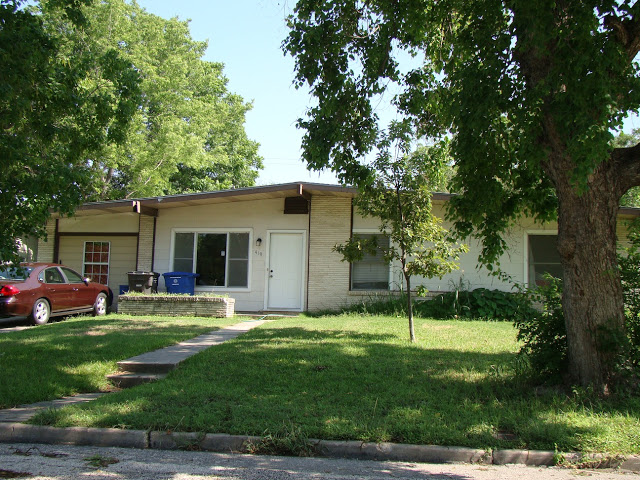 We left Christmas day of that year for Mike’s first government job in IL.
Judi was born 10 days later.  Glad she gave us some time to unpack. 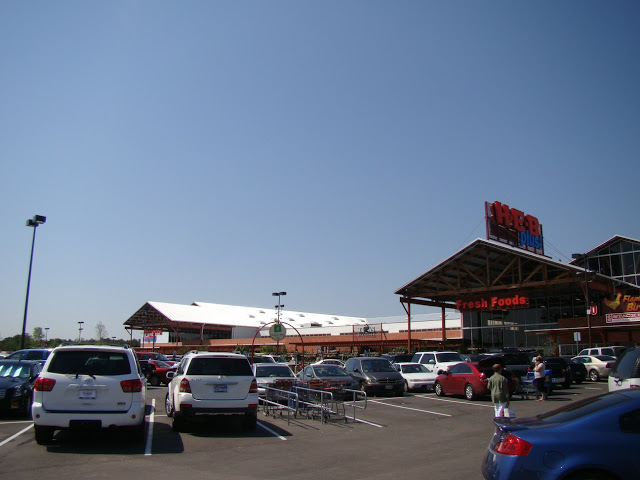 One of the places we miss most in TX is our favorite grocery store, HEB.
We got to shop at the newest, largest HEB Plus: a whopping 182,000 sq. ft.
They sell everything from organic food, to T-shirts, to TVs.

We brought two HEB briskets, one large package of
HEB sausage, and one package of HEB Fajitas home to AL with us.
Anyone know how we can get it shipped? 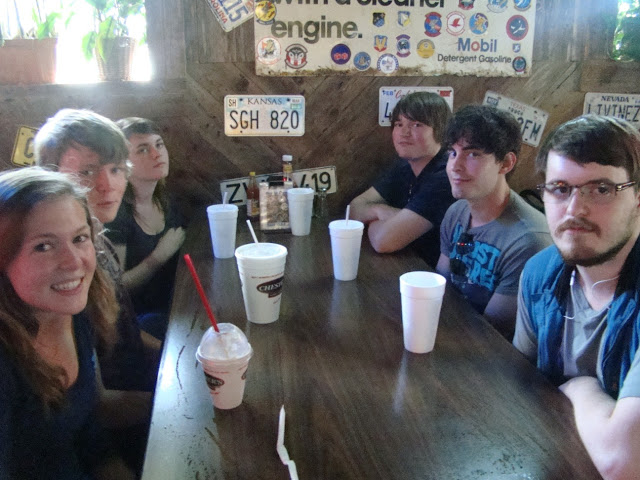 We had a great time visiting Mike’s family near Breckenridge, too.
Karen and Kyle have grown by leaps and bounds. 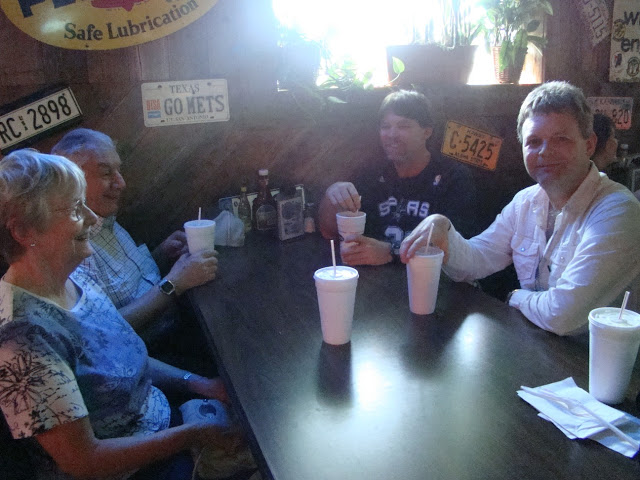 Mike’s parents treated us to dinner at Chester’s,
the best hamburger place in SA. 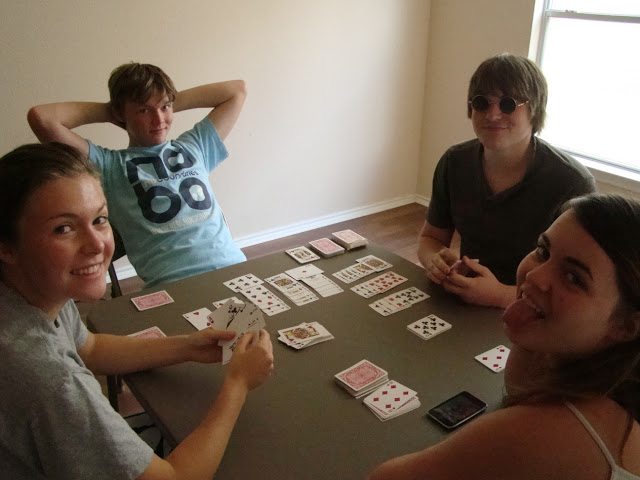 There were so many grandkids that we split up to play hands and foot. 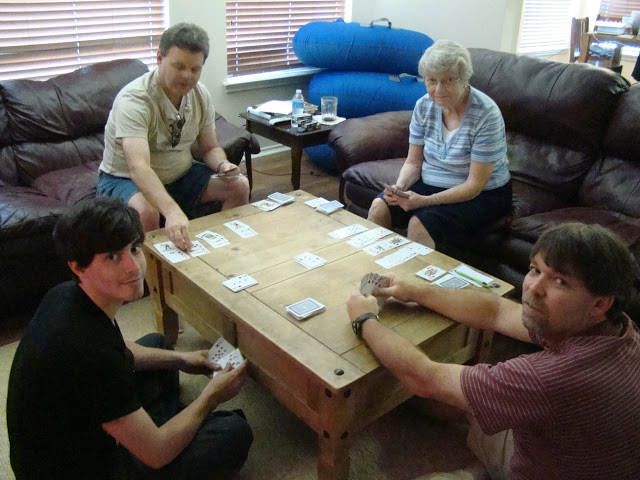 The winners of each table played a championship game. 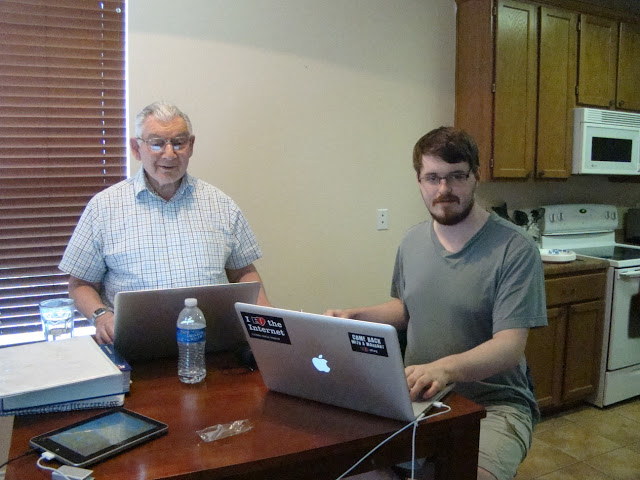 These two computer nerds played a round too..
but were unable to defeat the runners up this time.

Mike’s aunt and uncle and two of his cousins stopped by for a visit.
All five of these cousins live in the area now; several are becoming
empty nesters and grandparents.  It was great to catch up with them.

More when I have pictures.