February 6, 2009 / Jennifer Coleman / 1 Comment
We had an awesome Christmas trip to KY this year.  It was a great time away together.  It was the first trip our college student had been able to take with us since Granny and PaPaw visited in April.  It was good for us to have time alone together as a family. 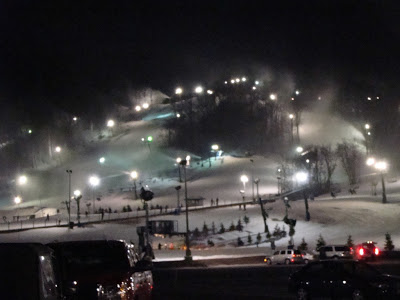 We arrived in KY around dark and decided to go straight over to IN to the Perfect North Ski slopes so we could get our two hours of snow tubbing in before they closed.  It was 11 degrees out and was supposed to get pretty warm and rain the next day.  We decided it would be better to be dry and cold than wet and cold. 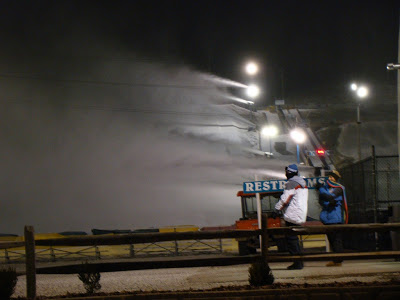 The ski slopes were pretty impressive; very family friendly.  They made their own snow.. which was good because there wouldn’t have been any if they hadn’t.  They had conveyer belts that took you up the hill after you tubbed down.  The hill was great.  The wind chill made our faces numb. 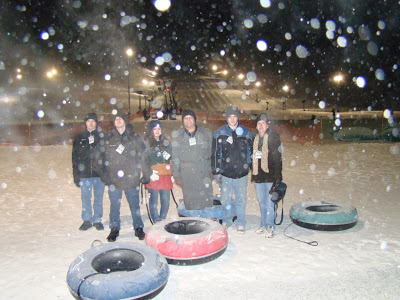 This was the best we could do for a family photo in the snow.. the blowers blew the snow right into our camera lens.  We had several layers of clothes on.  I offered everyone scarfs and after the first trip down.. they wished they had accepted.  I left them in the hotel.  I stayed up late the night before our trip Scotch Guarding our jeans to keep them dry.  It helped a little.
After two trips down the hill, our college kid and mathematician hid out in the heated snack bar.  The rest of us made it down the hill a total of six times.  We thawed out and drank hot coco once and that was still all we could brave.  No trips up Mt. Everest planned anytime soon.
The next day was our day to visit the Creation Museum. 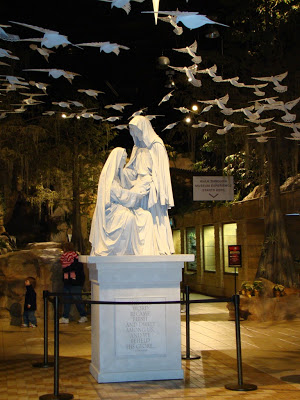 We were very impressed by the museum.  It took most the day to see it all.  I would defiantly go back. 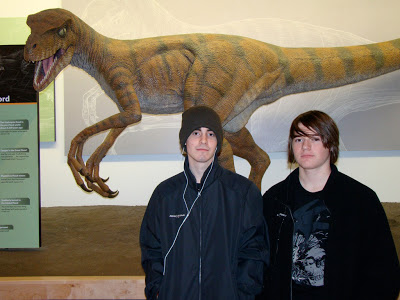 Everything was done with excellence … the animatronics were so real that they fooled us a couple of times. 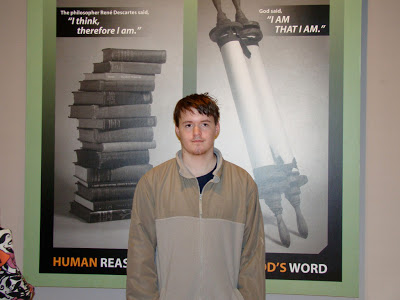 The story of creation and the gospel were laid out very clearly. 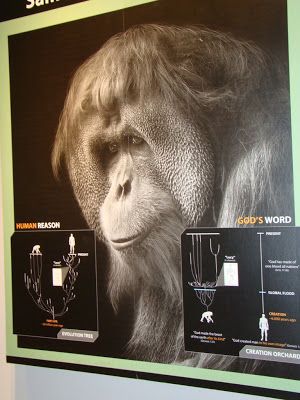 I learned a couple of things I didn’t know… like that they have proven that all humans have the same blood line… I know I was taught something more evolutionary in school. 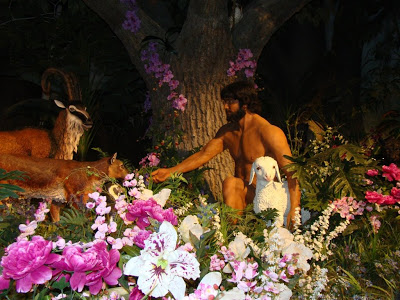 This is part of the walk through of Creation. 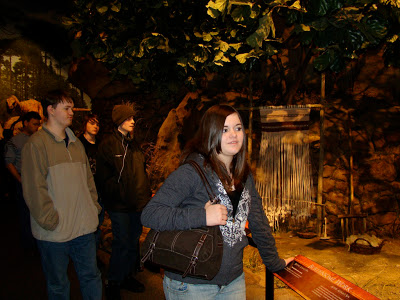 They showed some interesting things about Noah’s ark and the flood. 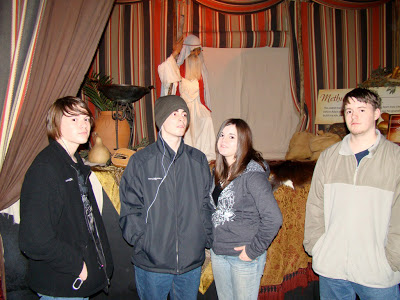 Had some really cool fossils. 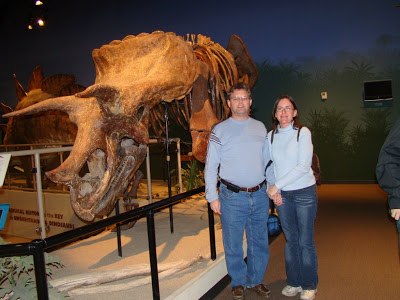 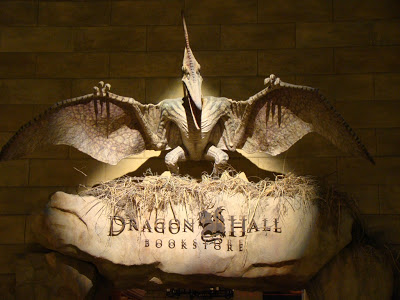 We spent quite a while in the book store.

They had several shows including a special effects theater and a planetarium show.  It was all very enjoyable.  Mike said  that he had wished there had been a little more details on the evidence that they had for a young earth.  For example they explained that the radioactive dating that evolutionist use isn’t reliable.. but they didn’t explain why.  Maybe they will add more of that in the future.  They periodically have guest scientist speak there, but not on the day we were there.
They also have a petting zoo and a botanical garden that we missed because the weather was bad that day.  We were lucky to get back to our hotel.  The wet roads quickly froze over that night and all the traffic into Cincinnati was backed up for over 20 miles.  We drove 20-30 miles per hour on the slippery 70 mile per hour freeway.  We were so relieved when we made it back to our hotel we decided to just have supper there and stay in for the night.
Christmas eve the sun came back out and we explored the town, hung out at the mall, saw The Tale of Despereaux had a very nice relaxing day.  On Christmas day, we drove home.  We enjoyed our Christmas phone calls to our family.  We were sad we couldn’t be both places at once. The drive up and back was very pleasant.    The icicles on the sides of the road on the way up amazed us.  The trees and hills were beautiful… made the eight hours pass by quickly.
I am so glad we got to spend Christmas together.