May 9, 2012 / Jennifer Coleman / 1 Comment
Mike and I have different ideas of how vacations should be spent.
I like to plan a head; know what we are going to do;
maps and schedules in hand.

Mike likes to “be lazy and do nothing.”
I don’t know what that means.
I think it means that he wants to sit around
playing on his ipod or lap top or watching the
news in the hotel room until he is bored,
then ask me what I want to do.
Several times it’s turned into hours of driving
looking for a place to eat.. that isn’t there anymore. 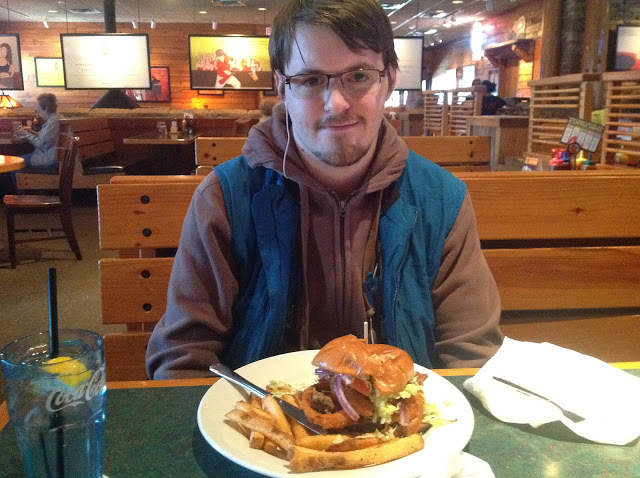 We obviously didn’t starve this trip.
James got the Smokehouse Burger at Smokey Bones.
So this trip we tried to carefully balance maps, schedules,
being lazy and knowing where we were going to eat.
I did my homework so I’d know what
I wanted to do.. and not be lost thinking he’d planned it all.
I did some Google research on St. Louis attractions.
After living there for 4 years, you’d think we’d know,
but the kids were really little then and we didn’t have Google
(How’d we live with out Google?  I’ll never know.),
so we mostly did whatever was free and kid friendly..
the Zoo, the Science Center..
In my search, I found the Fitz Bottling company 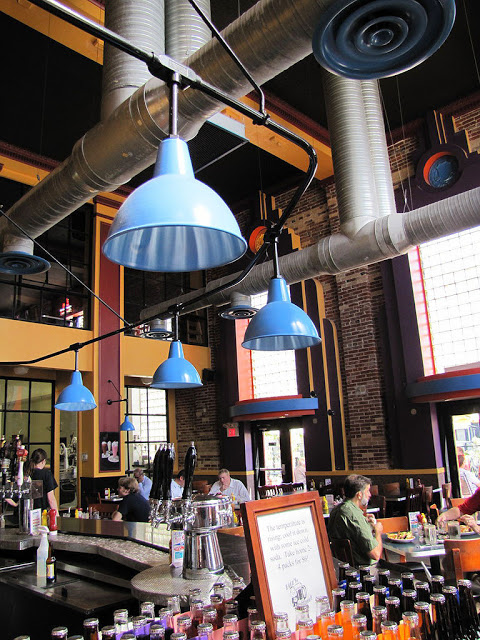 Where you can eat lunch and watch them bottle root beer. 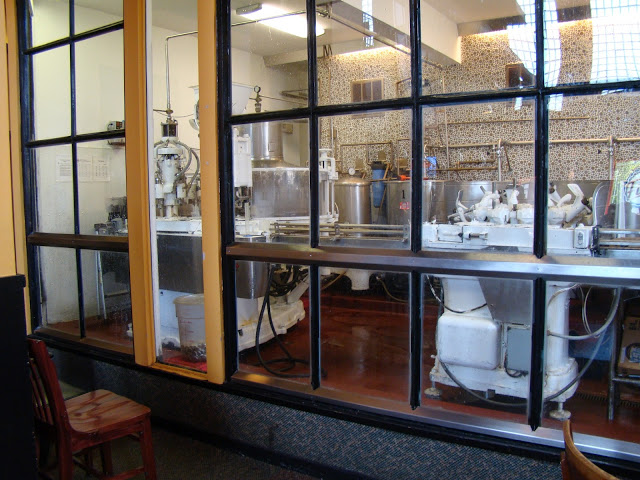 The food was great.  Root beer had corn in it.
We called a head to find out if they were bottling that day.
They were.. we expected a tour.. but got a window view.
All in all an enjoyable experience.
The St. Louis Art and History Museum are free..
thanks to St. Louis city taxes. 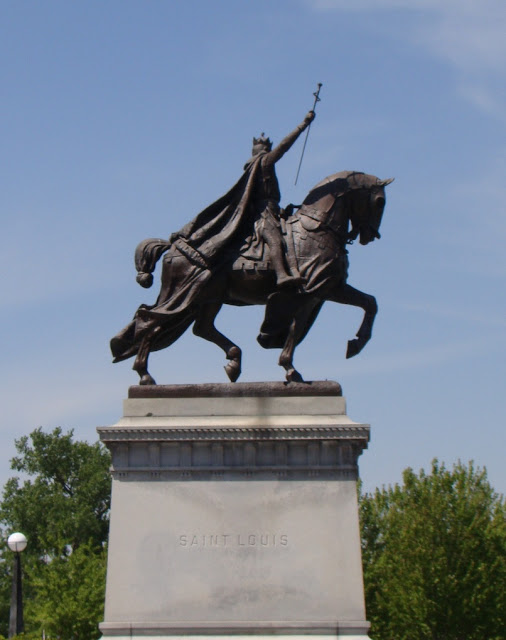 This statue of St. Louis was given to the city by France.
We had no idea who St. Louis was, so James looked him up for us.
He was a very passionate French king in the 1200’s who helped the Crusaders.
Several cities around the world are named for him. 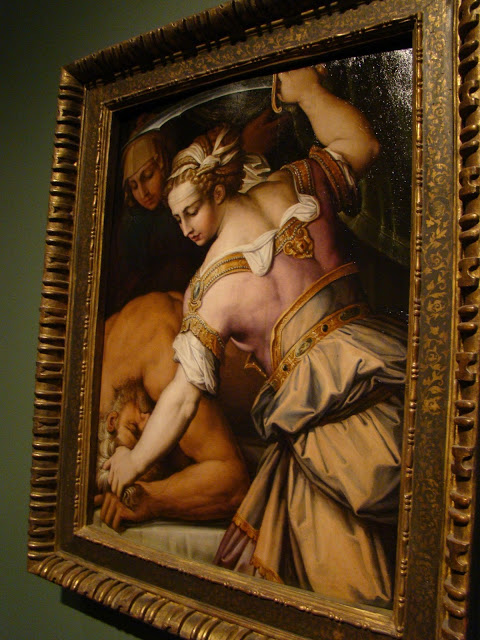 Judith and Holofernes by Giorgio Vasari
We wondered why there hasn’t been a movie
made about Judith.. a very thrilling story. 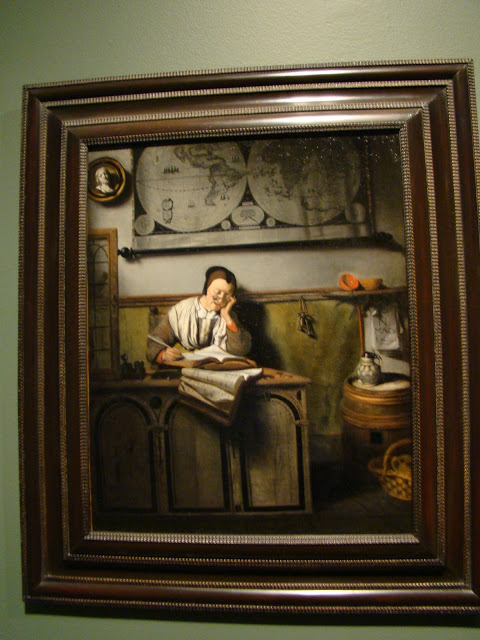 The Account Keeper by Nicolaes Maes
I am falling in love with Dutch artist this year.

Can’t go wrong with birds and my favorite color. 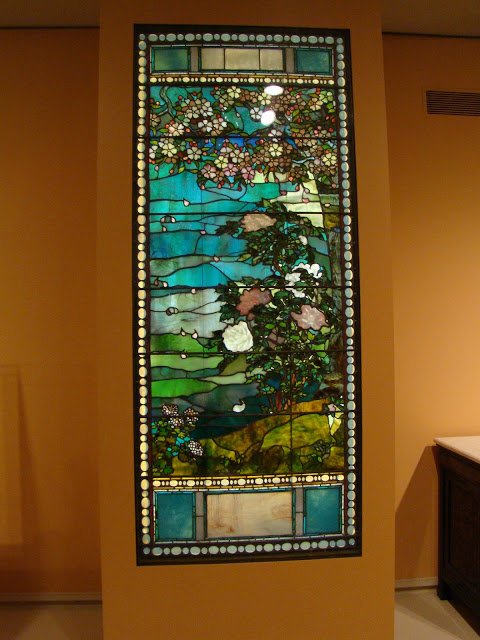 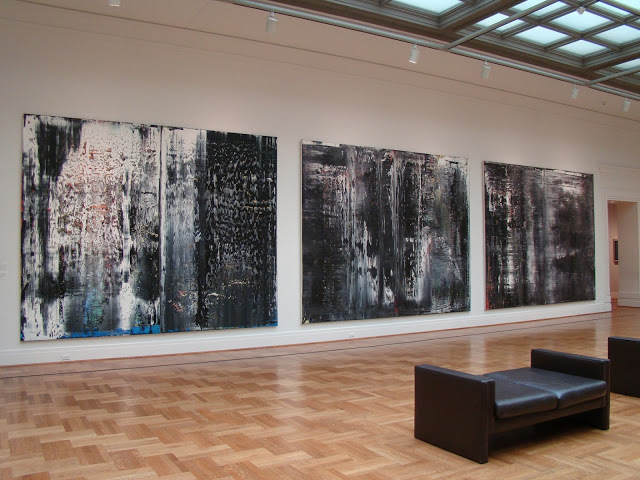 Some modern art.. I actually really liked…
inspired by the opening of the Berlin wall. 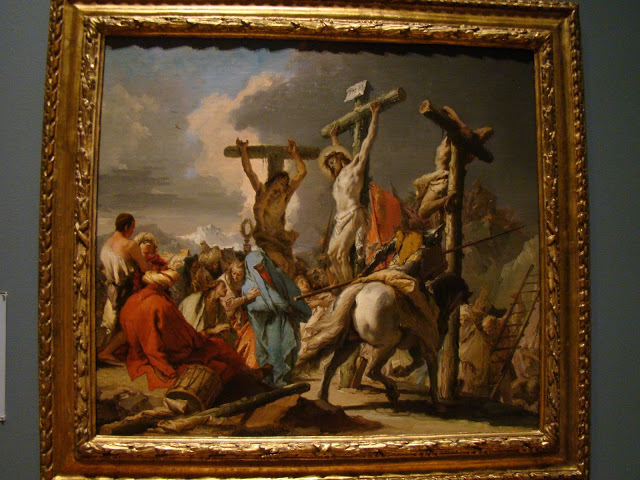 I liked this painting of the Crucifixion because it’s so active.
by Tiepolo 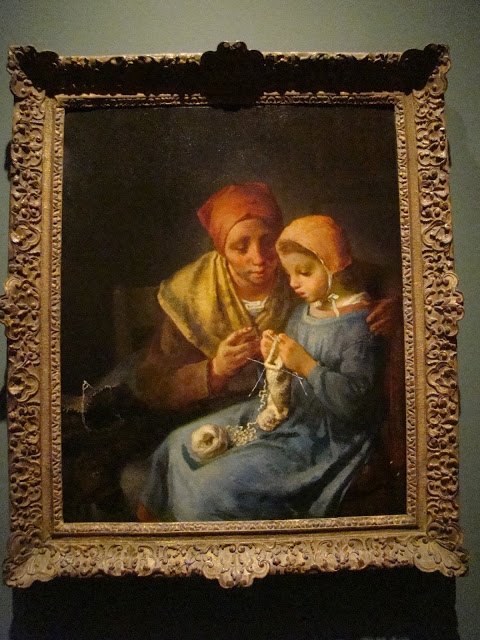 And of course this one by Millet
The Knitting Lesson
The art museum was much bigger than I remembered.
I think we only saw 3 rooms the one time we went before.
They are in the process of making it twice as big.
The basement rooms were lots of fun.
Love,
Jenny