June 16, 2012 / Jennifer Coleman / 0 Comments
On Tuesday, Savannah had to go back to work and Mike, Judi and I
went to back to Disney and visited their California Adventure Park. 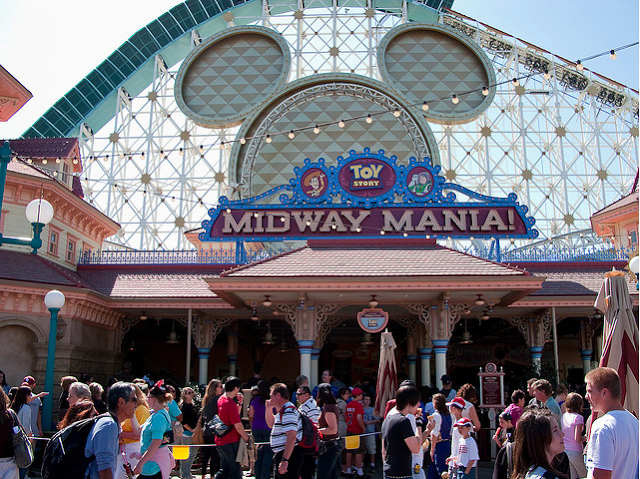 Our favorite ride was Toy Story Midway Mania.  It almost always has at least
a 45 min. wait, no fast pass, and it’s basically only a 4D video arcade game??
You have to try it.
Part of what makes it so fun is the competition between
the riders in your car to break as many plates, pop as many
balloons, ring as many aliens and gain as many points as you can.
We discovered that the lines were a little shorter
during the nightly water and light show
which was actually better than Disney Land’s fireworks.
We stood in line around 2 hours for three 5 minute games.
The huge roller coaster behind it, “California Screamin’,”
was our second favorite ride at California Adventure.
It’s the second longest coaster in the U.S. and
what makes it really special is that it launches you
from zero to 55 miles an hour up the first hill in 4 seconds.
Even more fun the first time when you aren’t expecting it.  🙂
Our two other favorite coasters in the Disney parks
were Thunder and Space Mountain.  🙂
Judi and Mike also really enjoyed riding down Grizzly River right
before the park closed; it was extra special after dark.
Mike spent Wednesday through Friday at his conference
while Judi and I spent Wednesday running back
and forth between the two parks for fast passes
and to ride our favorite rides one last time.
We shared some spicy jambalaya at the Blue Bayou for lunch. 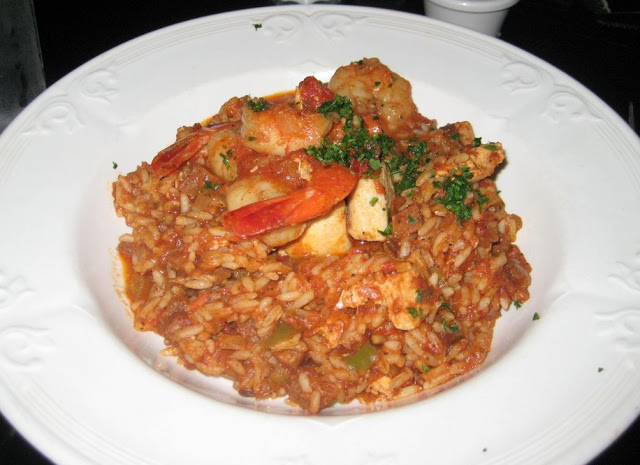 It was way over priced but has a nice atmosphere as
it overlooks the Pirates of the Caribbean boat ride.
On Thursday, Judi and I shared lunch at the Cheesecake Factory and 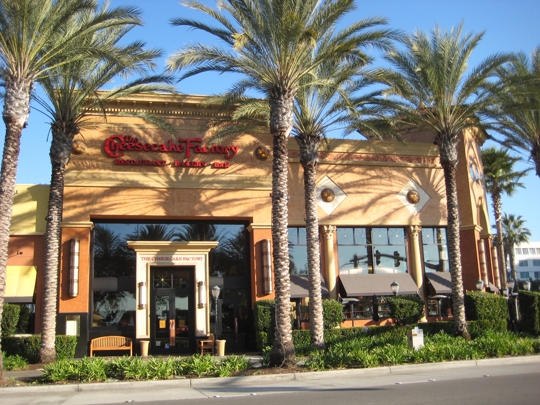 a piece of Kahlua Cocoa Coffee Cheesecake with a fudgy, brownie crust.

We were happy to be sharing the calories, and had more than enough to eat.
Then we walked three miles to our new, favorite outlet mall.
Judi actually asked Mike if we could move to CA so we
could live near this outlet mall. It was that awesome.
We bought a couple of new t-shirts; my flying giraffe glows in the dark.
And Judi’s Paris shirt gains color sunlight (last photo). 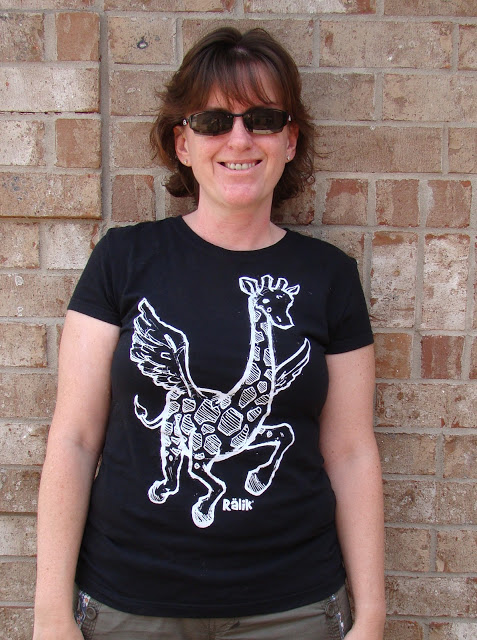 Friday was our girls day out with Savannah.

Savannah braved the traffic and took us to China Town for lunch and
shopping where Judi and Savannah found some cute black lacy shoes
and I bought a jade elephant necklace and bracelet to match.
Our next stop was Hollywood Blvd. where I was surprised
to discover that characters like Mikey Mouse,
Donald Duck and Kermit the Frog have sidewalk stars there.

Then she took us to Universal’s Citywalk where
Judi found the coffee shop that she’d heard so much about.
Defiantly better than Starbucks. 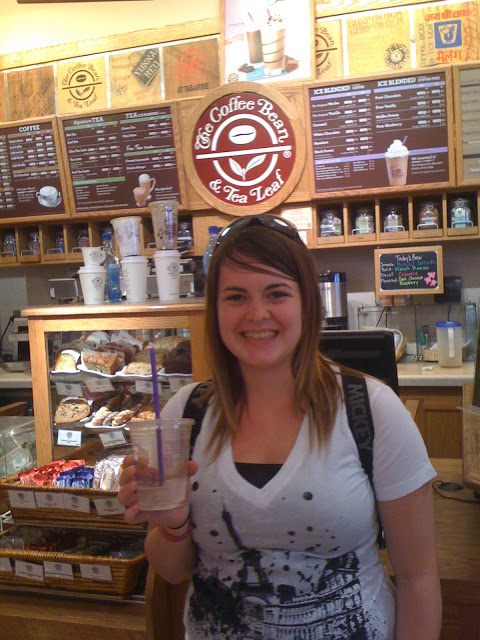 Before it got too late, we dove back to the mall across from
Disney Land for a little more shopping and dinner at
the Cheesecake Factory where we shared three appetizers
and a piece of Heresies Chocolate Cheesecake for desert.
It was so nice getting to spend so much time with Savannah.
We are so proud of the beautiful young woman she is becoming.
If we get to go again, we hope to spend some time hanging out
in her neighborhood and at her house with her dogs.
Love,
Jenny

June 15, 2012 / Jennifer Coleman / 1 Comment
We flew into CA on Memorial Day weekend.. so Savannah
actually got to spend 2 days with the 3 of us and a third day just us girls.
On Memorial Day, she took us to the Laguna Beach. 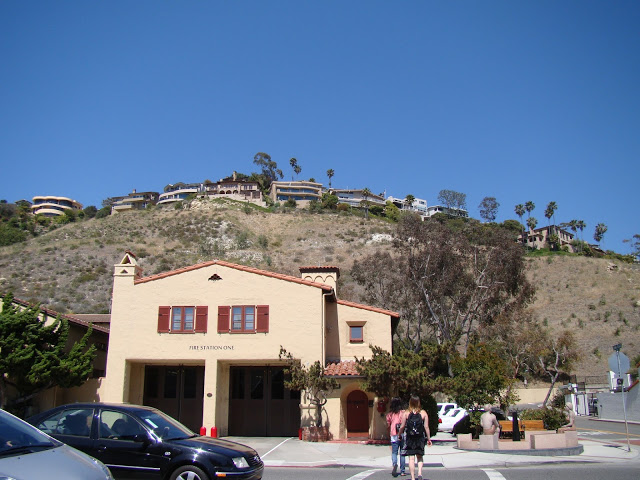 See the mansions up on the hill?  They have a great ocean view. 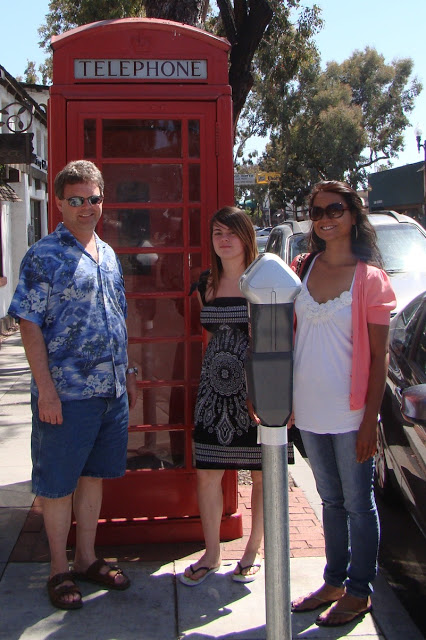 We enjoyed wondering in and out the local shops. 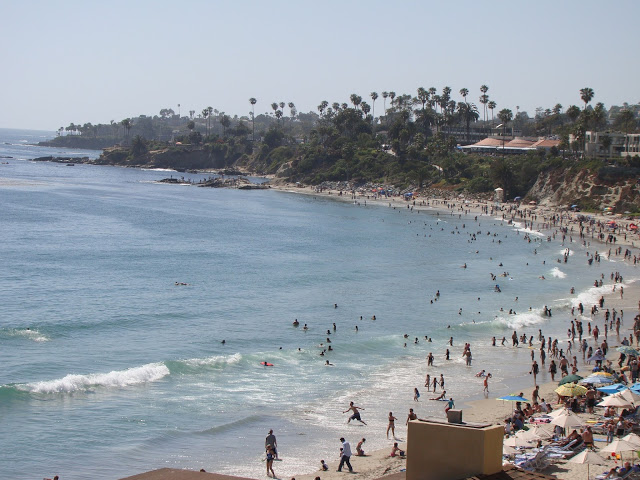 Laguna Beach is a favorite beach for artist to come and paint.

It reminded us of our favorite beach
in Florida (Lido Key)…maybe even a little nicer. 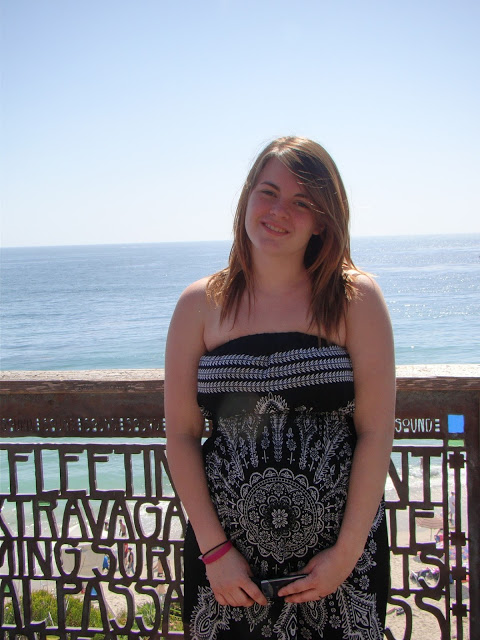 Knew this was a good one.

It was pretty crowded.. Memorial Day

Mike decided it was too cold to swim.

We learned that Savannah used to go surfing all the time.. 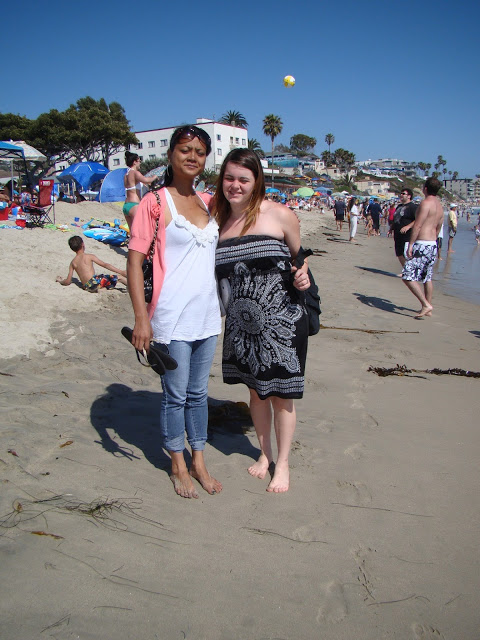 She said the water in CA is always cold. 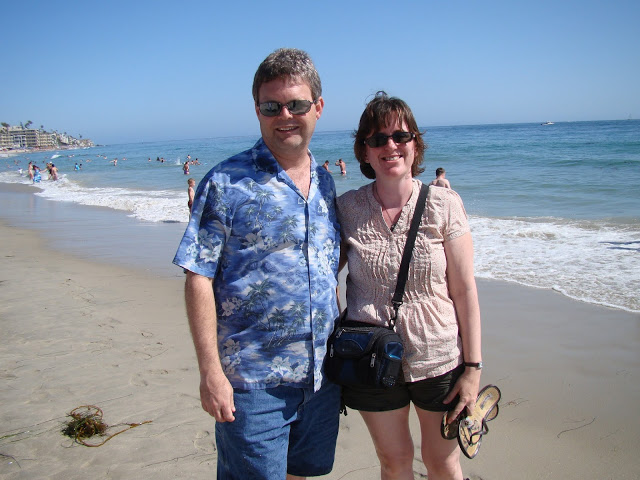 We should do this again sometime.
Love,
Jenny

June 15, 2012 / Jennifer Coleman / 0 Comments
Our hotel in Anaheim was next door to the conference center
and just down the street from Disney Land.
This was Judi’s third trip to a Disney park.. Mike’s 9th..
My first trip to Disney World was with Mike on our honeymoon.
He’s been a few more times than I. 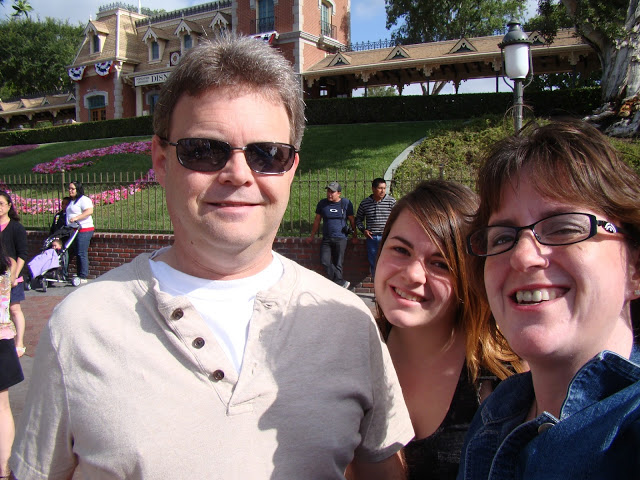 The two parks are a lot a like.  We decided that the weather makes
Disney Land nicer.. but Epcot makes Disney World better. 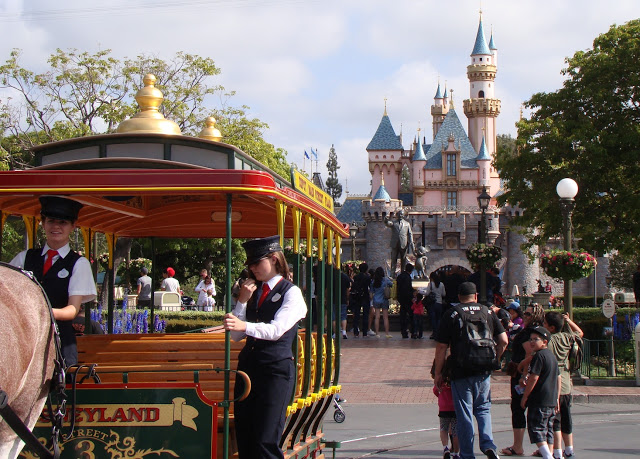 We actually went inside the castle for the first time… 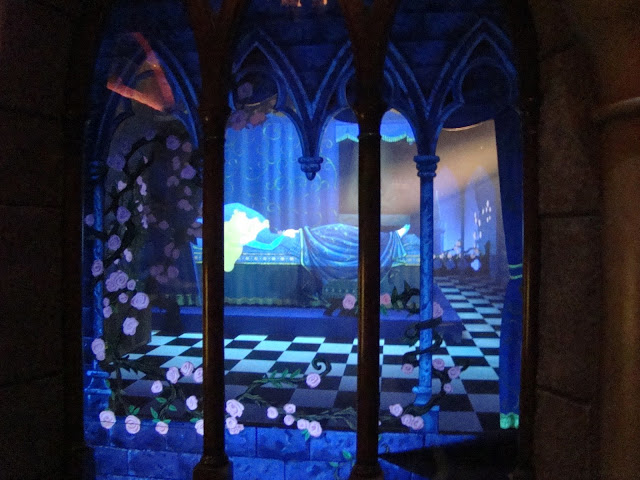 It was kinda cool.

Savannah joined us for lunch at Shakey’s
(Mike and Judi and I had their lunch buffet 3 times that week.)
then spent the rest of the day at the park with us. 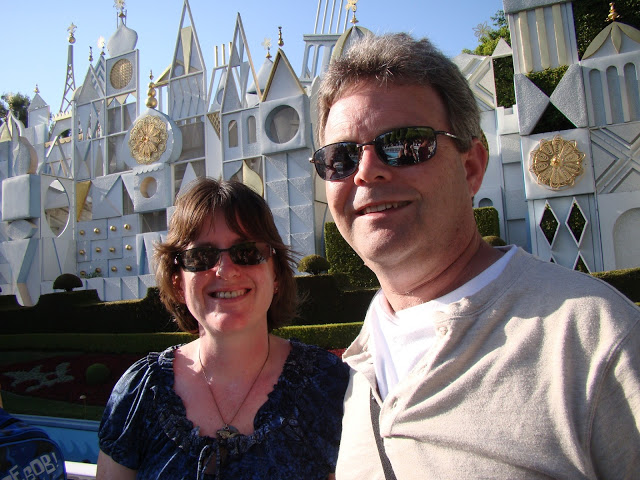 Waiting in line for “It’s a Small World” ride.

The girls ducking the camera. 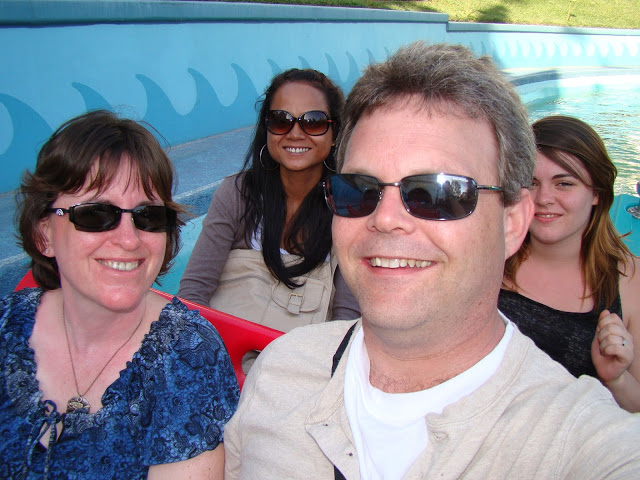 The girls joining in.  Judi was so happy to have someone to ride with.
They hadn’t seen each other since Judi was 6 months old.
I think they enjoyed getting to know each other. 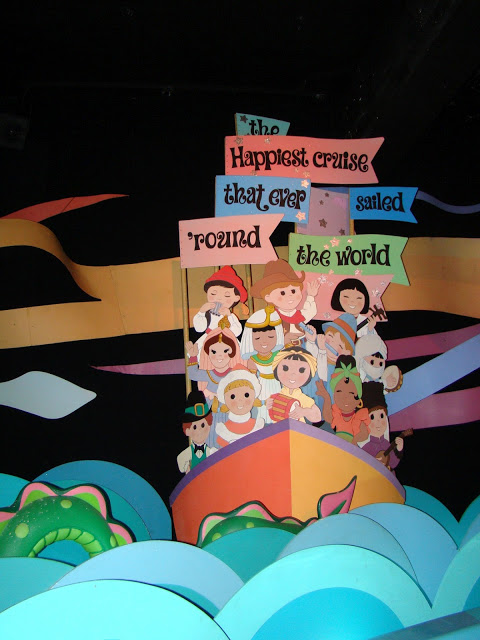 Mike and I like the quiet, boat rides the best. 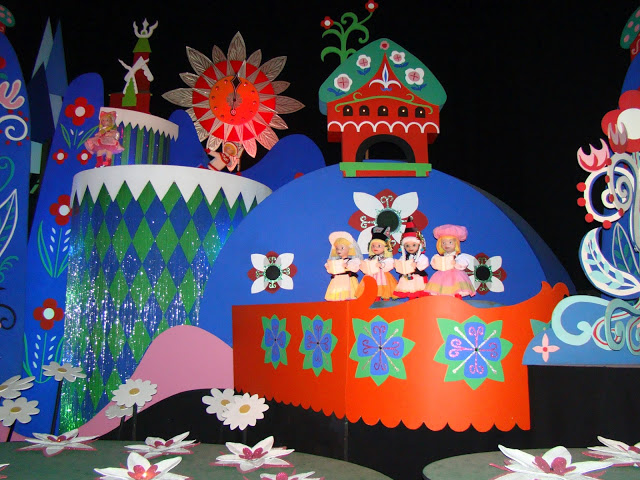 It’s a small world after all.. 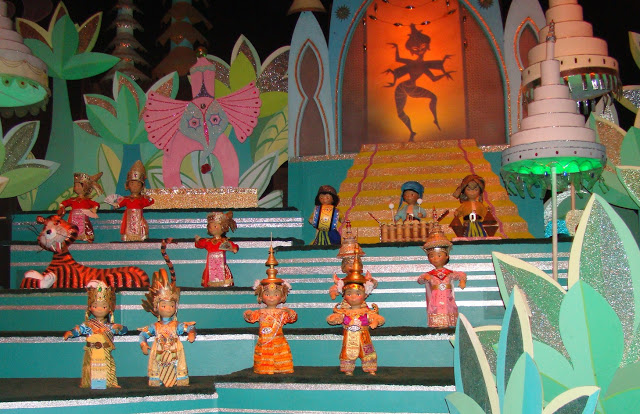 Glad we don’t have to travel to Thailand to visit Savannah.
She got her U.S. Citizenship last year.  🙂
We had smoked turkey legs for dinner.. with plenty left over
for Savannah to take home to her dogs.
Love,
Jenny 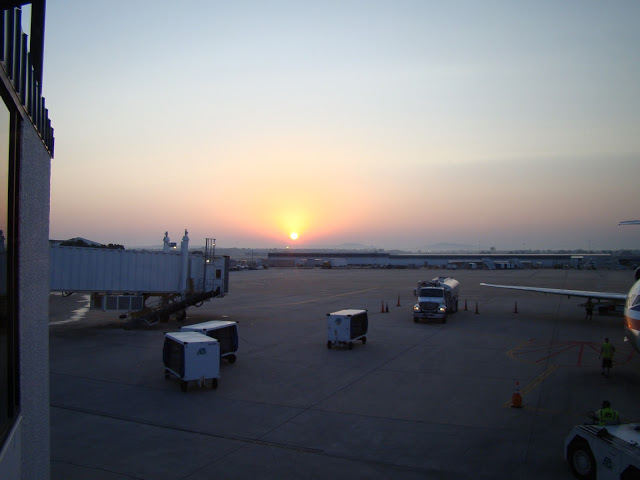 Sunrise at the airport

Of the three of us..

Who looks the happiest to be a wake? 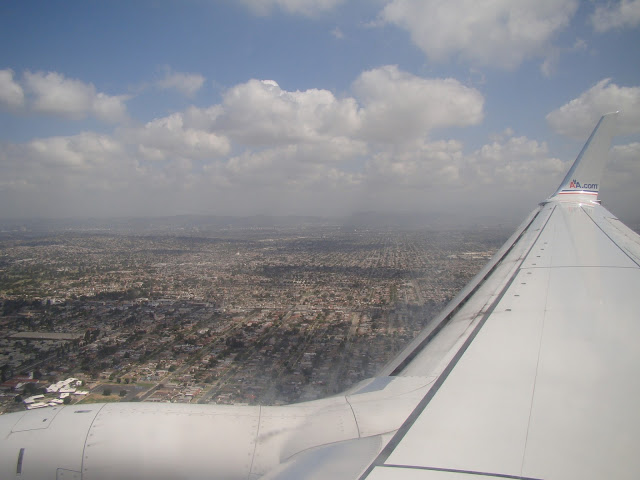 One of those mountains says HOLLYWOOD..
Our first time to see the sign in person.
And just outside the baggage claim door we saw
our first and only Hollywood star..
Mike jokingly said, “Look!  There’s Monk!”
He’s always teasing about spotting celebrities..
When I looked up, there he was in the flesh.. the real “Monk,”
our eyes locked for several seconds as we walked by.
He was calling a taxi.  He may have been on the same
plane with us.  We could have had breakfast with him in the
Dallas airport.  I couldn’t believe how star struck I was.
Judi asked incredulously, “Is that the real Monk?”
She couldn’t believe that he actually dressed
like the “Monk” on the TV show. 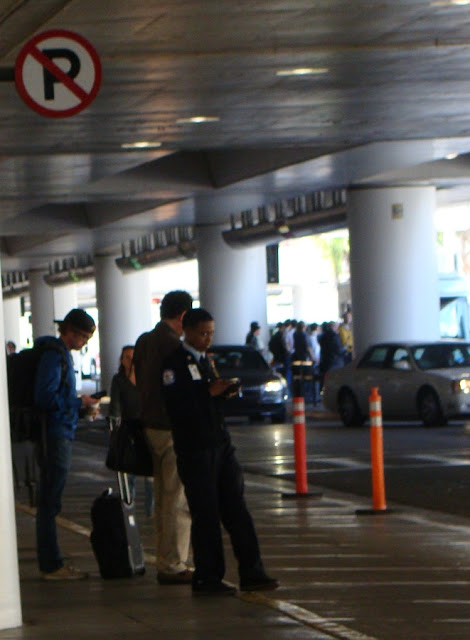 Judi offered to take our picture with him.
We couldn’t do it.
Go back and ask for a picture?
We’re way too shy.
Instead I took these lame pictures from where we waited for our shuttle.
He’s the one in the khaki pants and brown jacket standing
between the kid and his security guard. 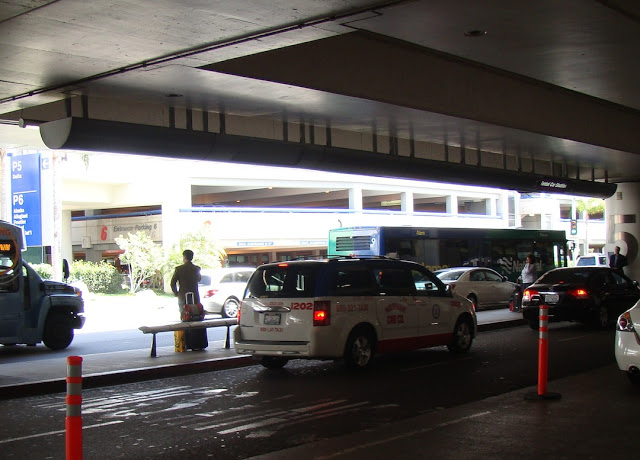 And there goes his taxi.
Love,
Silly me.