May 4, 2011 / Jennifer Coleman / 0 Comments
Next morning Mike woke up and decided it’d be OK to go.  The camp site actually sounded
some what better than home in that they would not be running out of running water
anytime soon and had electricity and coveted hot showers.
We called and were finally able to get through to a different campground, Bear Creek Lake.
They were Ok and were willing to hold a camp site open for us until 2 PM.
We packed fast as we could picked up two extra kids and were on our way.
How I wished I had my camping list from my computer that I print out when ever we go.
I forgot stuff to wash dishes.. but other than that we did pretty well.
We made it exactly at 2 pm and got a really nice camping site on the lake.
Enjoyed the nice cool weather, scenery, electricity and hot showers.  Next day we went
to town for breakfast, gas, internet, cell service and TV (Mc Donnald’s gained new
respect in my eyes).  We got to see the first images of the storm outside our neighborhood.
The kids looked up sensational videos on You Tube and we called family to update them on our status.
We were able to buy supplies for smores in town and dish soap and band aids.
We were amazed to see the number of propane tanks they had 1.5 hours from our house.
No D or C batteries anywhere.
Kids had a great time at the camp swimming, playing hands and foot, hiking,
and playing games on their computers.  I think they all had a good time despite
the little bit of fighting between the boys and girls. 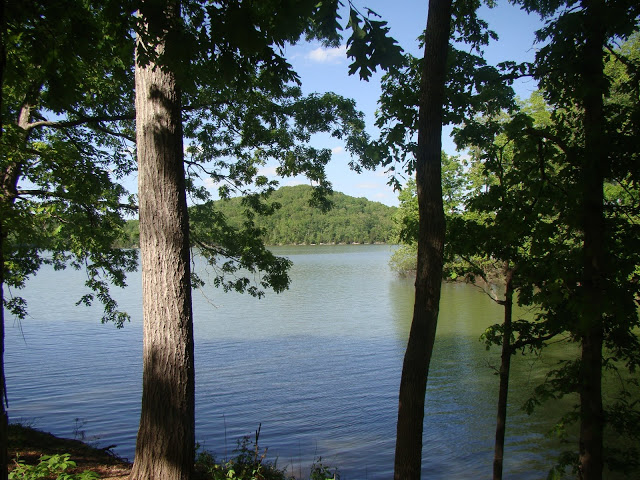 View from our site. 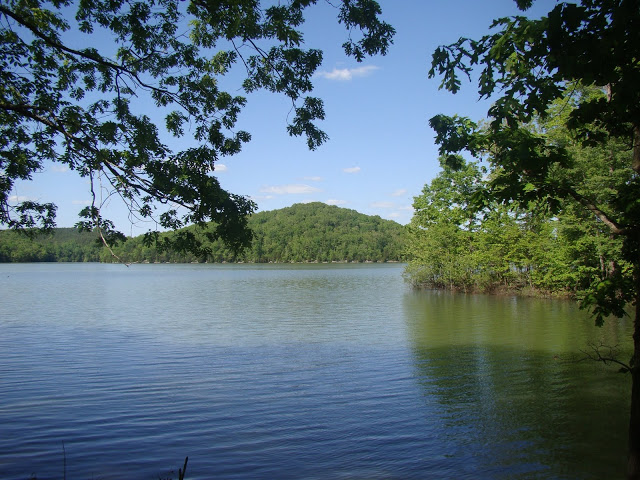 First day the lake was a little flooded. 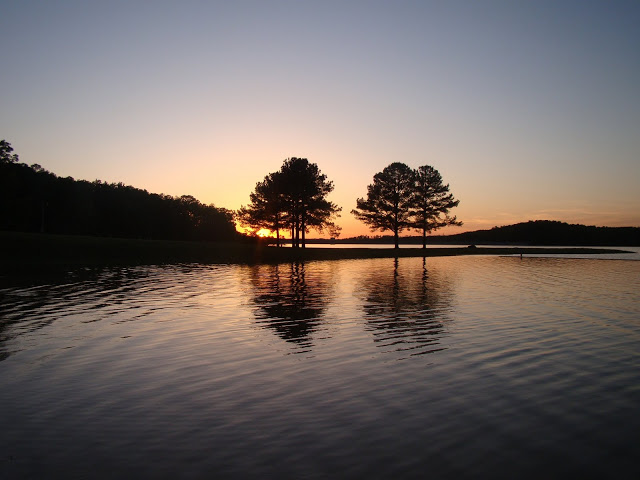 Sun set.
We discovered that the canoe rental place and spelunking down the road was hit hard by a tornado.
We saw half a house with it’s roof over in a tree on our drive over. 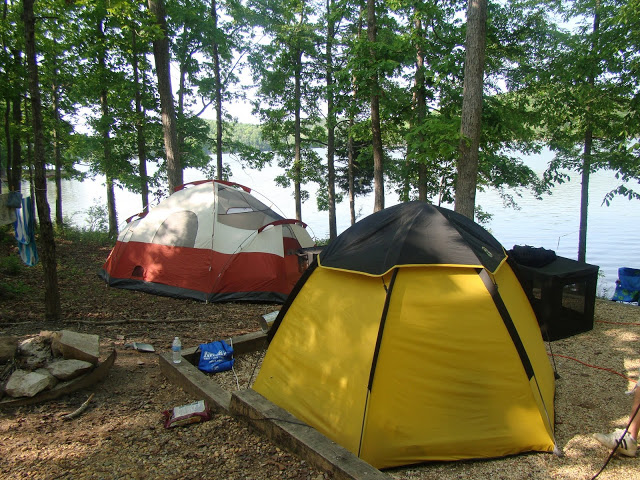 Girls got the yellow tent.  Mike and I slept on our new cots in the big tent with the boys. 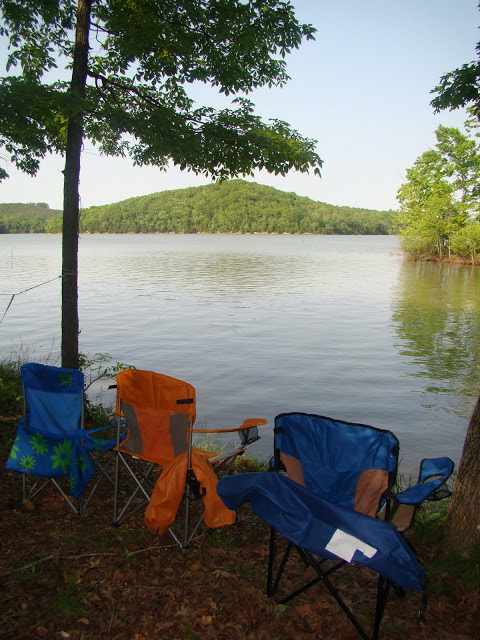 Mike and I spent a lot of time just sitting and enjoying the breeze. 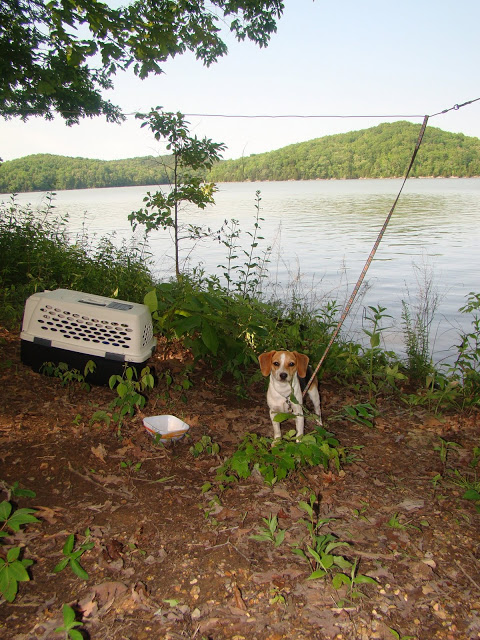 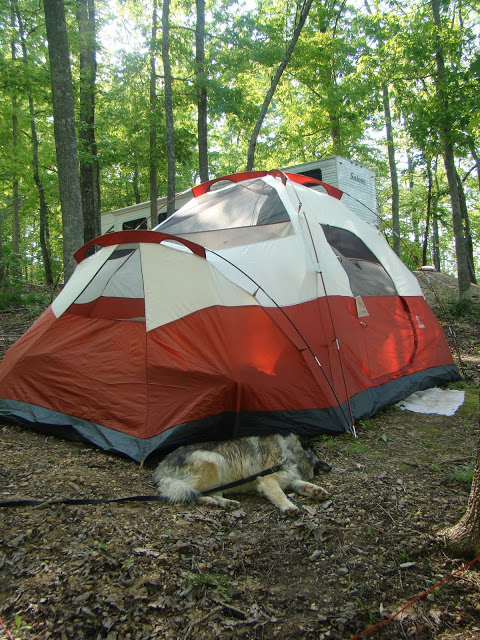 Sally’s tired out from a hike. 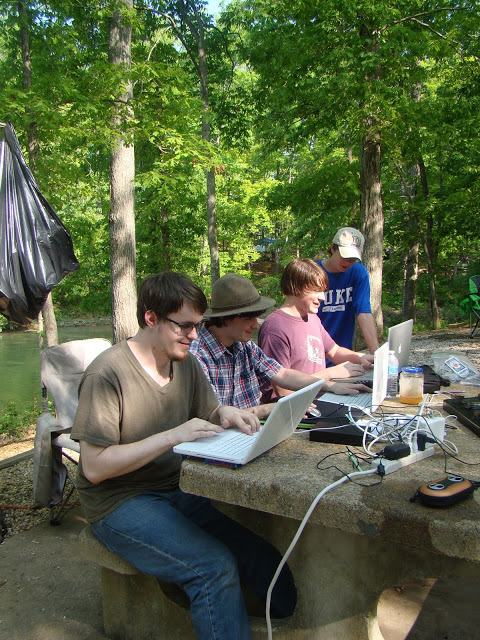 Boys playing Medal of Honor Allied Assault.. Josh is winning.. he had the only mouse. 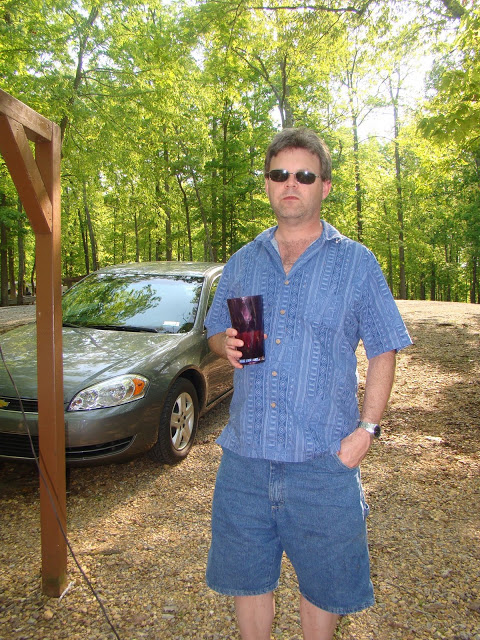 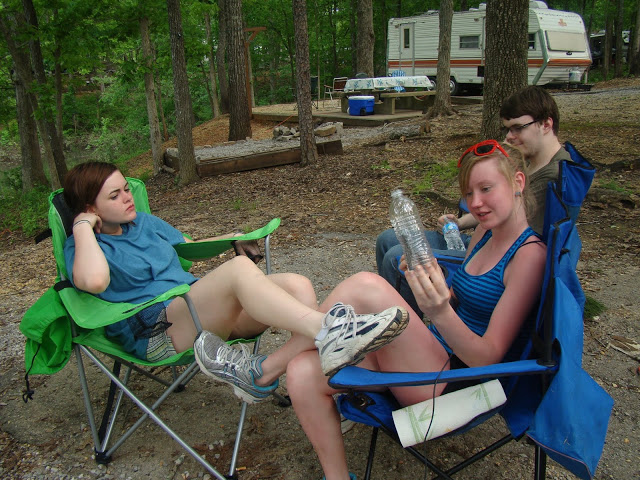 The girls got a little sun 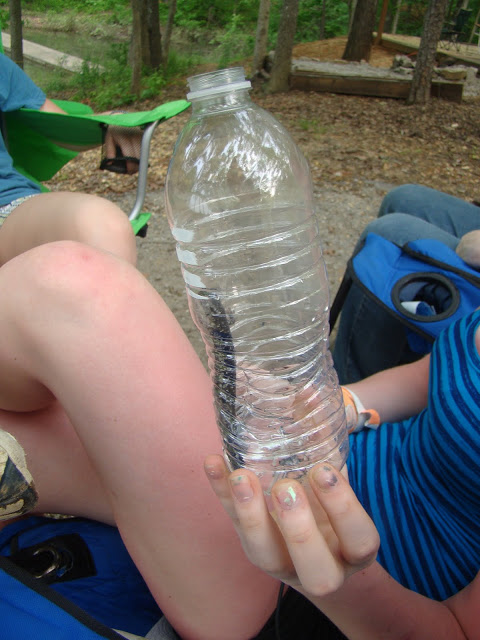 and found a salamander.  James made sure he escaped safely. 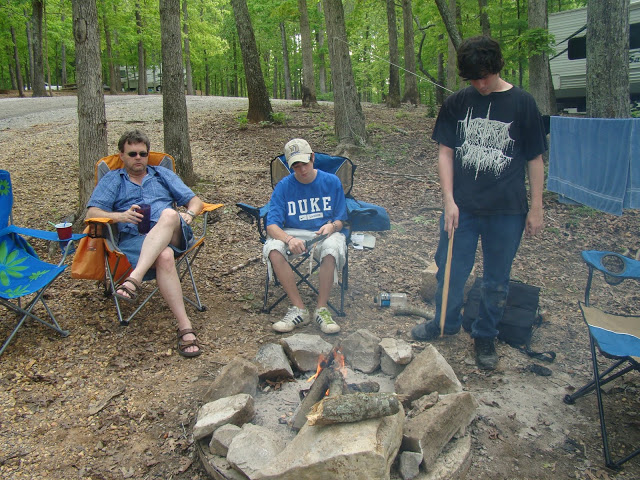 Boys hunted down fire wood and started the fire for us. 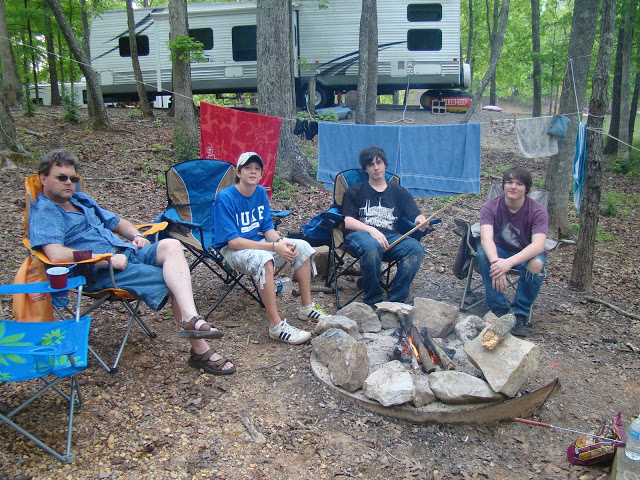 Ready for hot dogs and smores?