April 3, 2012 / Jennifer Coleman / 4 Comments
For Mike’s Birthday, I got to go with him on a week long trip to DC.  We had a wonderful time.  I love visiting there.  There is so much to see and do.  I think I walked 100 miles.  Loved the freedom of riding the metro around to wherever I wanted to go while Mike was in conference three of the days.  And the icing on the cake: I got to see my good friend, Lee Ann, and her family.
We stayed in Crystal City in one of several hotels just a couple of blocks from the metro.  The metro is key.  Also near the Crystal City metro… 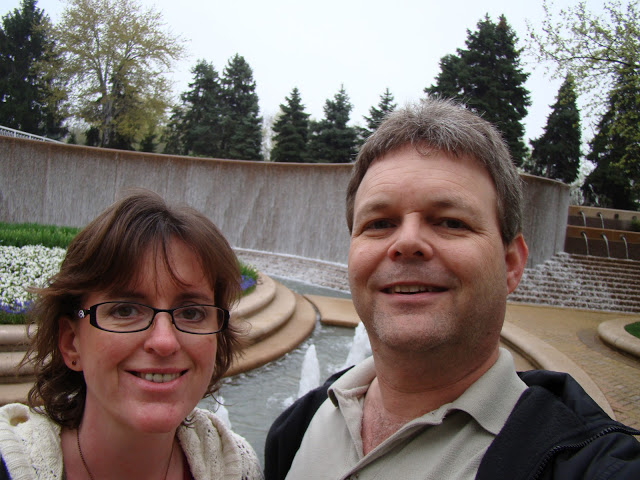 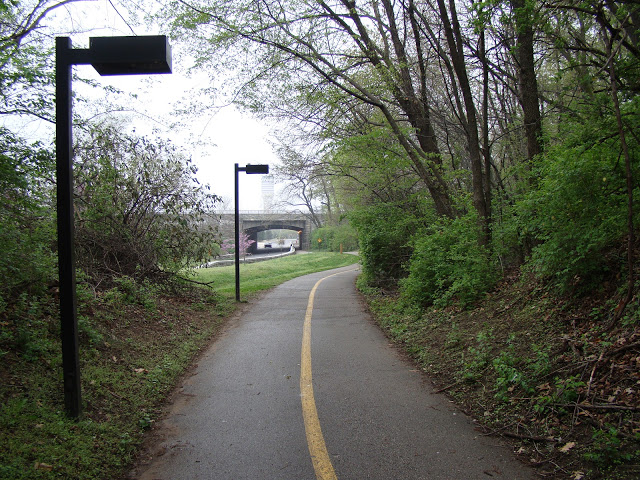 And a jogging trail that goes all the way to the Reagan Nation Airport. 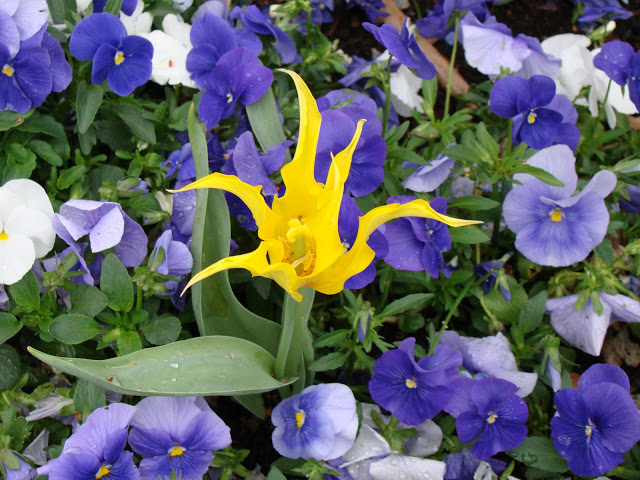 And one of Mike’s favorite places to eat.  Yum!
After lunch, we hopped on the metro and road into DC.
It was raining so we made a beeline for the American History Museum.

As did a bunch of other people.. we had to wait in line in the rain to get in. 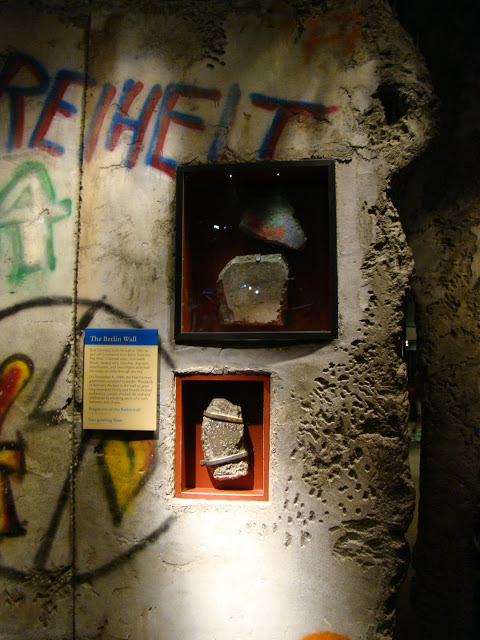 One of the coolest things we saw there was a piece of the Berlin wall. 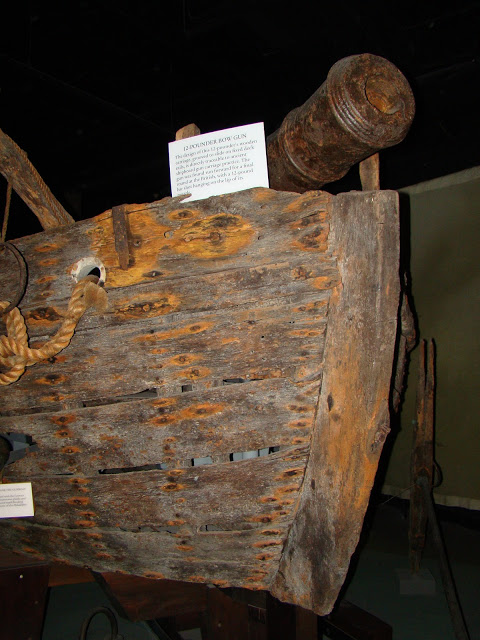 The Gunboat Philadelphia from the Revolutionary War.
See the hole at the bottom left?
The ship was under water for 159 years. 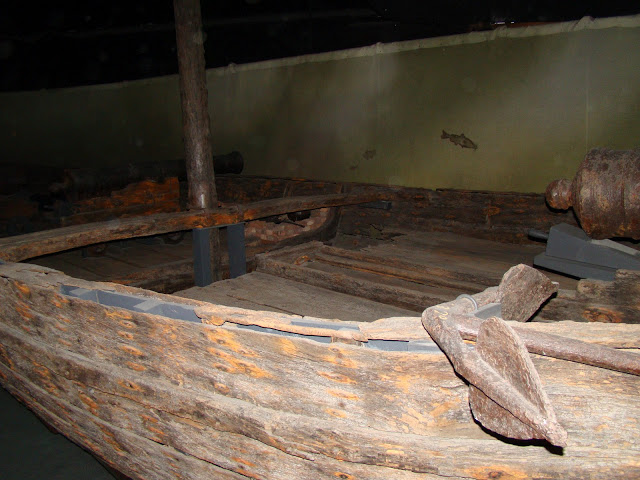 It’s hard to describe how incredible it was to stand next to it.
It was almost like if you stepped into it you’d be stepping in to history.

And for the grand finale we got to see the original Star Spangled Banner.
The actual flag from the song.  We weren’t allowed to photograph it..
but it looked pretty much like the photo above.. just much larger.
Just out side the museum there was this rally going on in the Mall.
We saw some Jesus Saves signs and thought we’d go check it out. 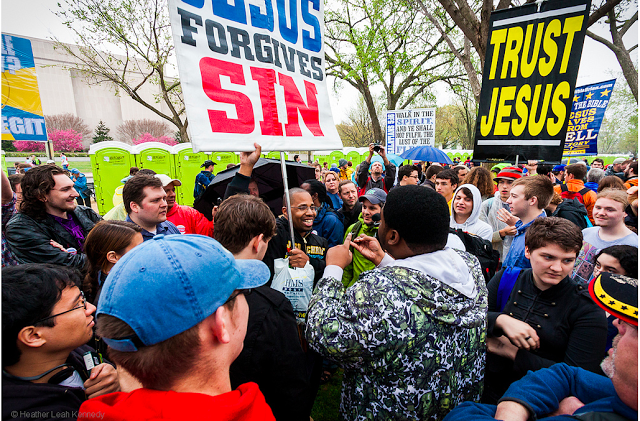 It was pretty intense.  This small group of less than 100 people
were arguing that there is a God..and His name is Jesus
at the first national atheist rally called “The Reason Rally.”
I am sure it’s name “The Reason” was purposly stolen from Christians’
attempt to protect Christmas: “Jesus is the reason for the season.”
They used it in contrast to stand for:
“There is no Jesus; trust in science and reason.”
What’s really sad is that the science and reason they are
choosing to believe in is false.. and wide spread by our government..
in our schools.. and true science and reason are on their Creator’s side.
In reality, they are asking for the separation of “Truth and State.”
As we walked through the crowd of about 10,000 to the other side of the mall,
we mostly felt compassion for them.  Most were really hurting.  The reason
they decided not to believe in God was because they felt like
He or the Church had failed them.
A few that we walked by were not atheist..
one girl stood out.. she didn’t know what to believe.
She was there with a very angry boy friend.
Most were very young like they were.
Others were obviously under Satin’s rule.  I wondered if they
could see I was a Christian as plainly as I could see who they were.
Judi said, “It must have been scary.”  And it was a little..
On the other side Mike told me that he’d been praying in the Spirit
all the way through.  I laughed a little.. because so had I,
but only a little because I was so thankful that we had that gift..
of knowing and experiencing the One True God.
I wished I could reach out and touch each one and have the
power of God touch them the way He has touched me
so they’d know He is real and loves them intensely.
We heard the main speaker speak as we were walking through.
He was sharing his testimony; telling how after he had children he decided
to try the church of the “kinder God of the evangelicals.”  The crowd laughed.
“I asked Jesus in my heart many times,” he said.  But that he had
many questions.. that he asked his Christian friends and pastor.
He felt like he lived as a Christian by day and a sceptic by night.
Then when the twin towers fell, he decided that there couldn’t be a God.
Their laughter, cheers, sadness and anger all tell me that
the church in America as a whole is not the bride God created us to be.
We are meant to really know God, to walk in His fullness,
in His wisdom, in His love, in His power, with signs following,
to share the Gospel of Grace of Love of Forgiveness of Healing
with the broken, hurting world around us.
My prayer lately has been “Lord show me your glory, so that I may
behold it and be transformed by your Holy Spirit into your likeness.”
Love,
Jenny

P.S. After finishing this post, I went to run errands. Halfway to the store,
I realized that I hadn’t grieved for the mass of people there.
I almost pulled over to weep.
Walking through that crowd had a profound effect on me.

God has been doing a great work in how I see others.
Showing me how inherently flawed and broken I am.
We are all in need of the Savior – daily.

All His judgement was poured out on Jesus at the cross.
When we receive the gift of His sacrifice, we are set free.
Hallelujah!