April 23, 2013 / Jennifer Coleman / 0 Comments
If you’ve ever driven through this area of the country, you have seen a ton of barns like this one. 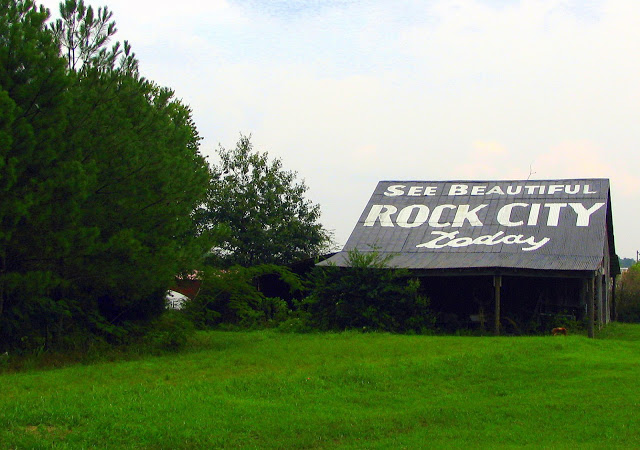 We finished our Arboretum hike early enough that we had time
to drive up Lookout Mountain and see what the fuss was about. 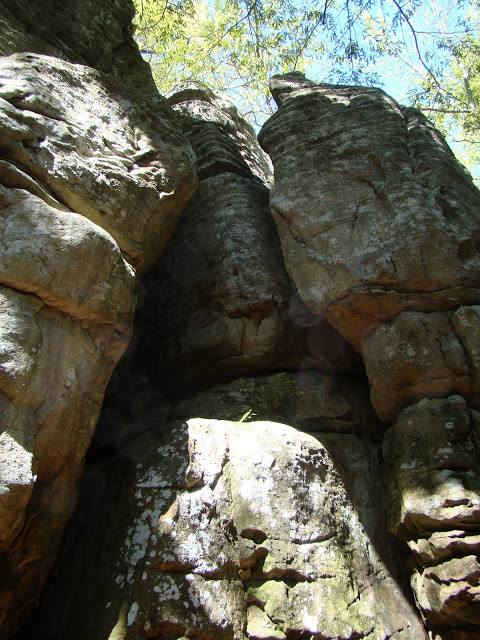 It turns out that it’s aptly named.  Rocks, more rocks; big rocks
with a pathway that took you through 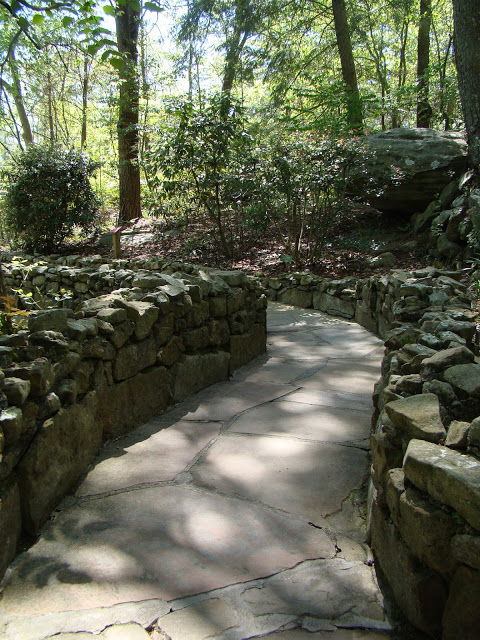 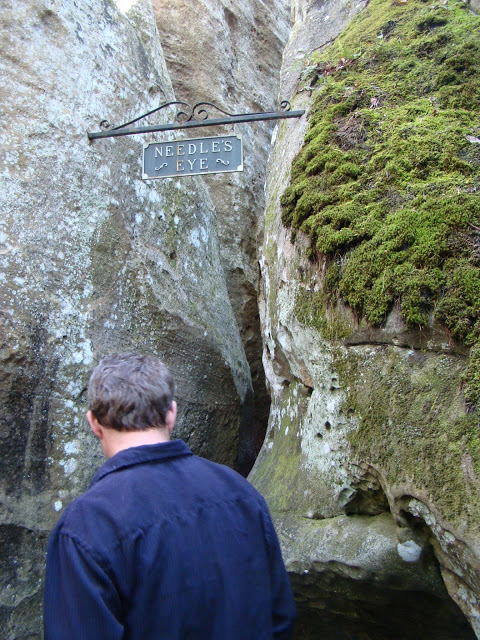 At one point, we got turned around and ended up going the opposite way of the crowd
which in a way made it more adventuresome.  Who needs maps? 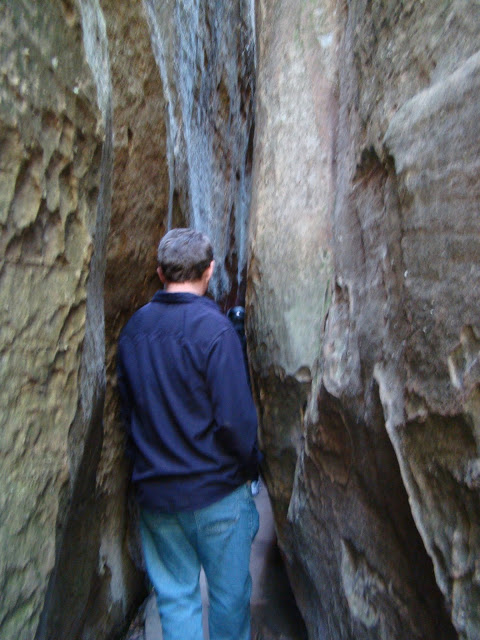 While making our way up stream through the front end of
“Fat Man’s Squeeze” we unintentionally scared a bunch of people
who thought we were unable to squeeze through and had to turn around. 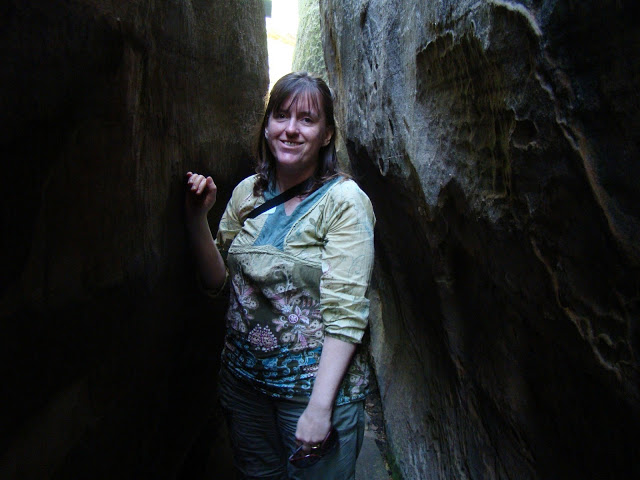 I think a little laughter slipped out as I explained that we’d gone the wrong way. 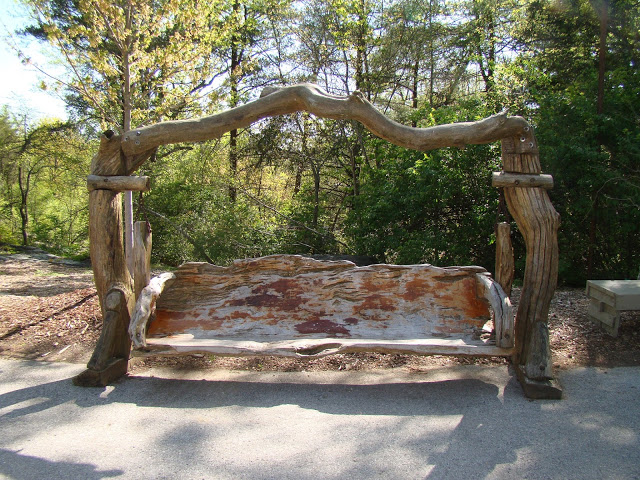 There were places to sit.. 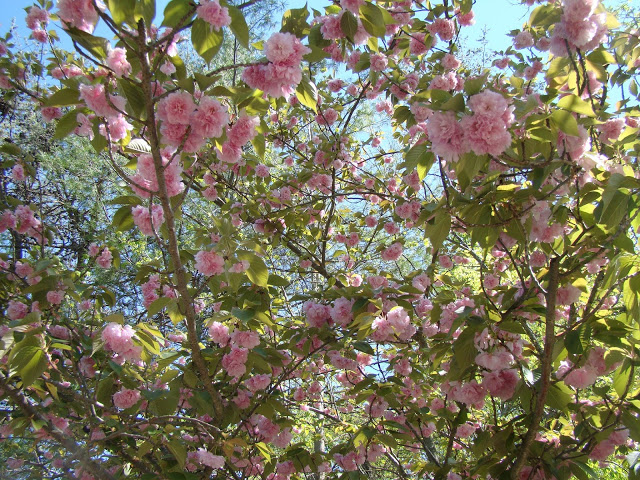 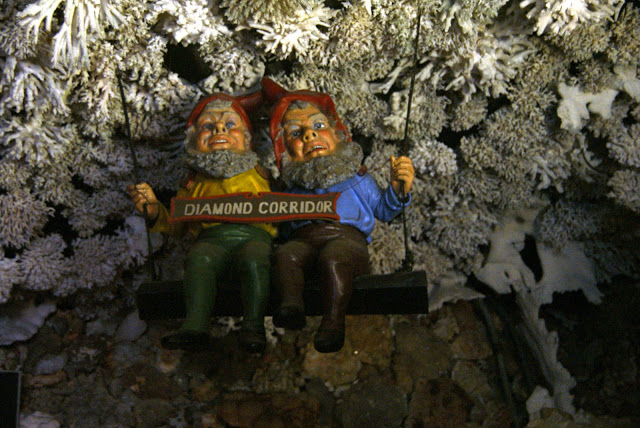 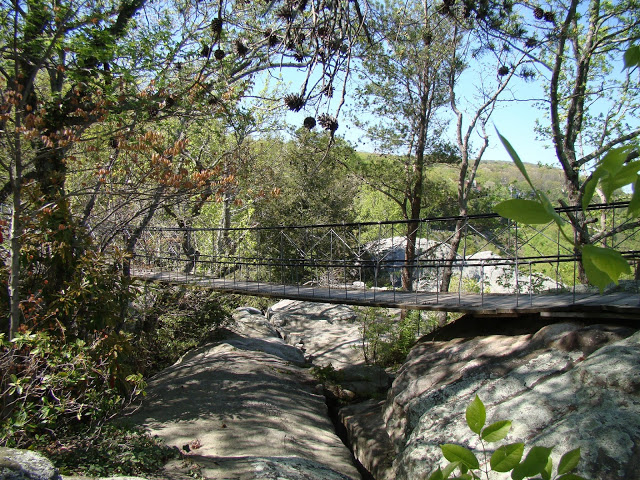 A wooden swaying bridge that I was happy we’d missed in our confusion.
Then the highlight was a lookout over Lover’s Leap
where it’s fabled that you can see seven states on a clear day. 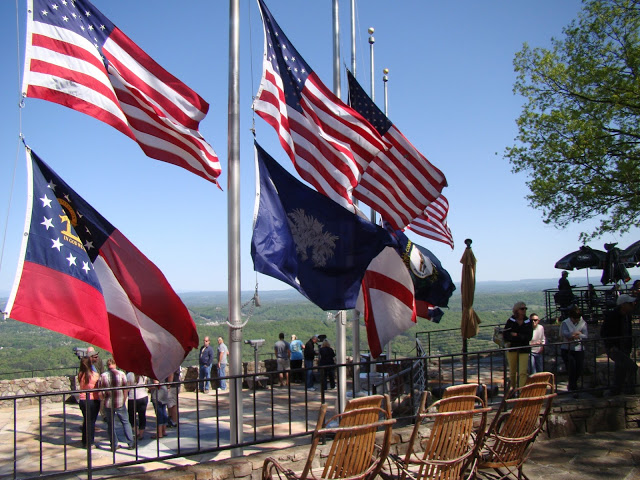 Flags were hanging appropriately at half staff for the Boston Marathon victims. 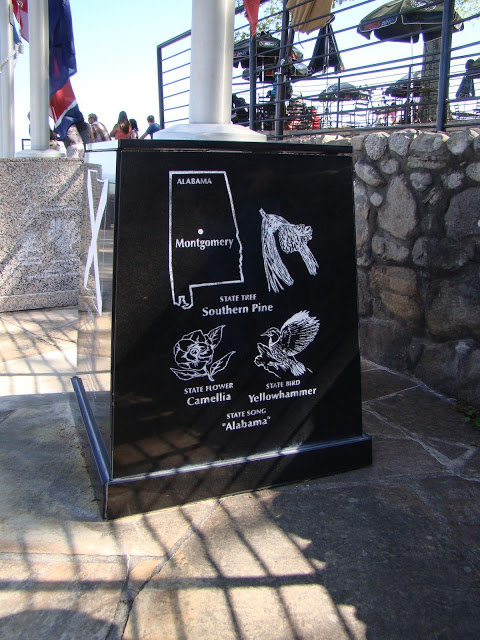 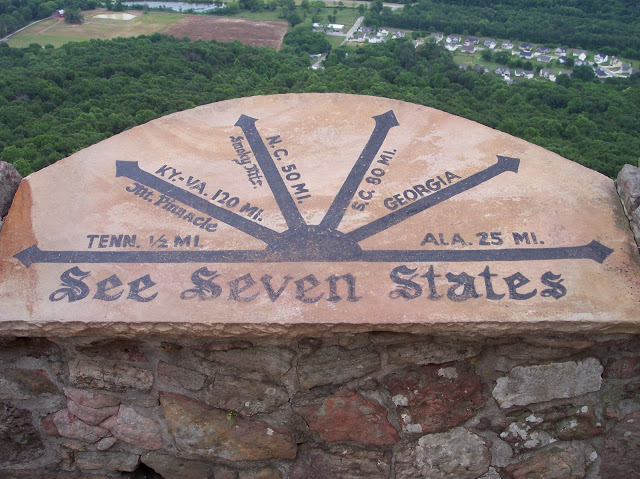 A nice engraved stone showing where each state is for those of us who have gotten turned around. 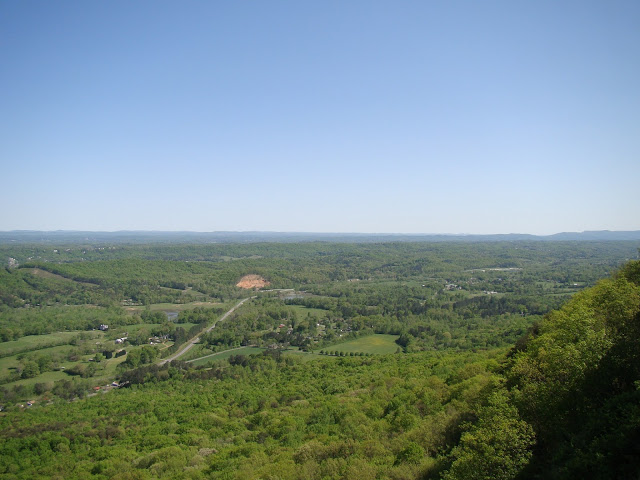 Alabama 25 miles south and Georgia where we were standing. 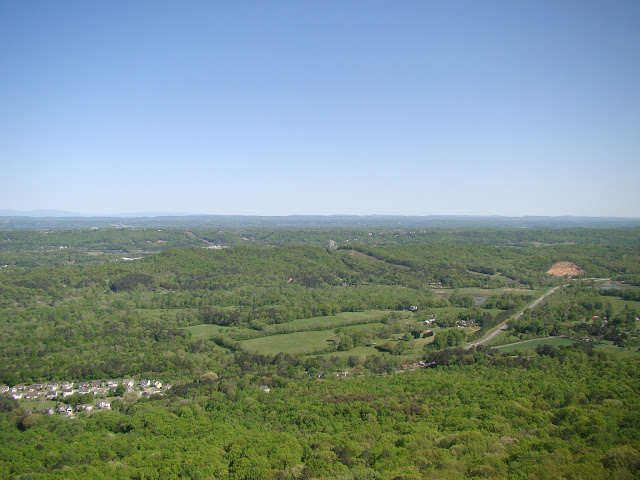 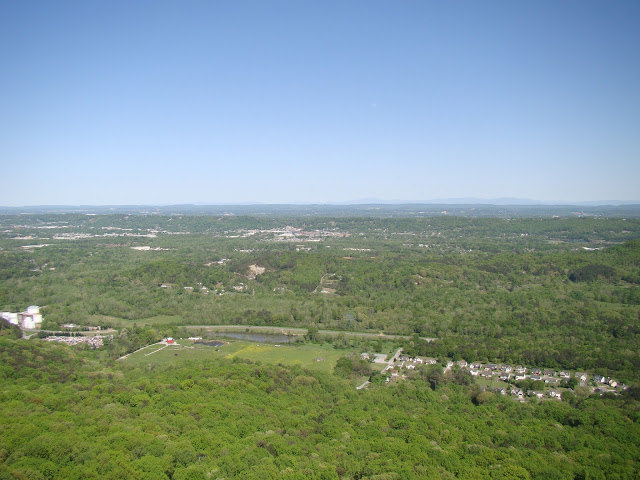 North Carolina 50 miles with the Smokys.
Seeing the Smokys stand out from this distance made me love them even more. 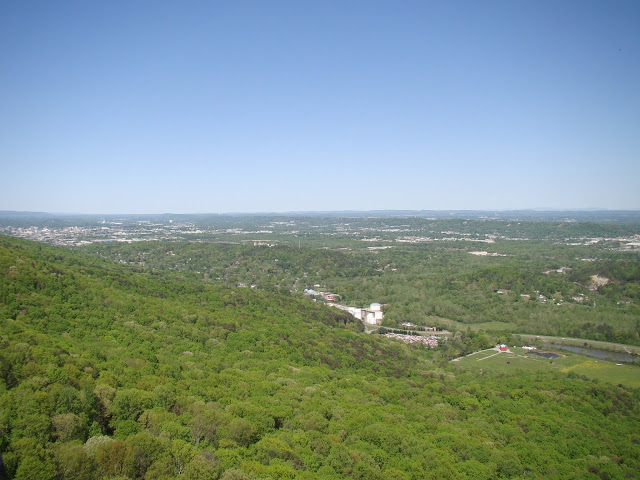 Kentucky and Virgina 130 miles this way 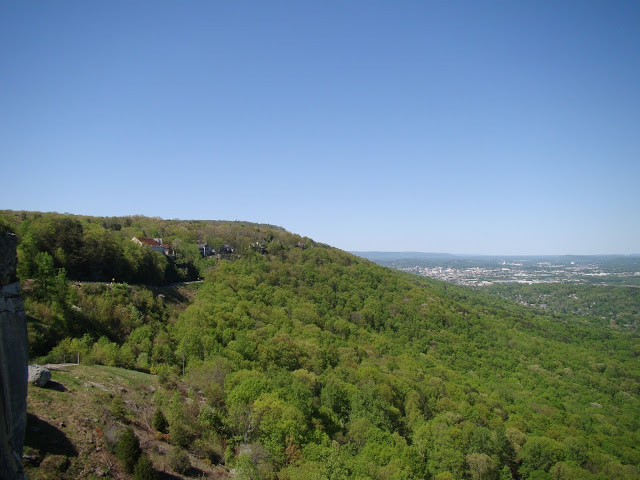 And Tennessee half a mile this way. 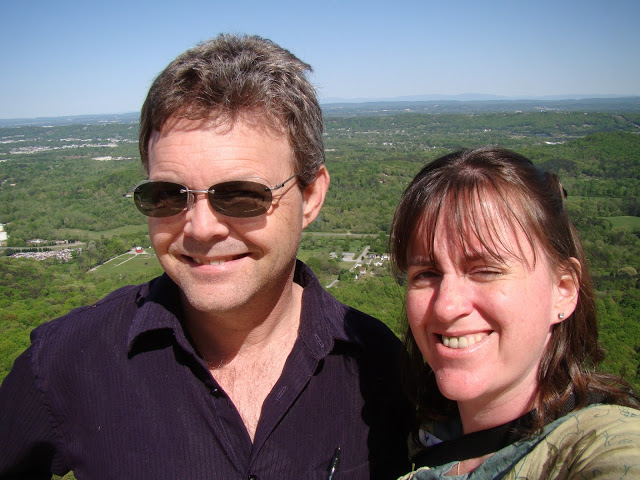 Proof we were there squinting into the western sun. 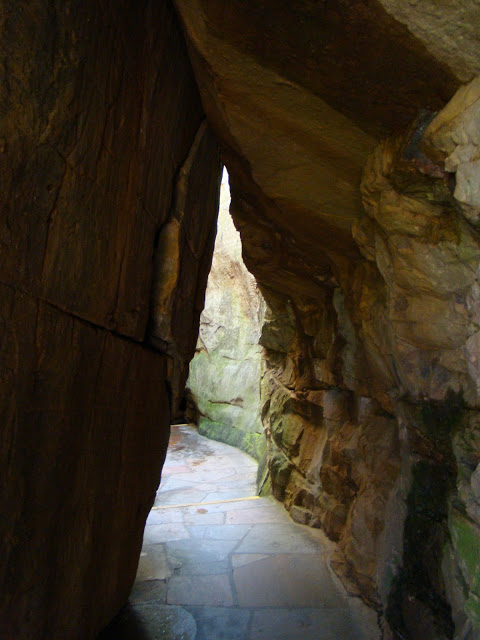 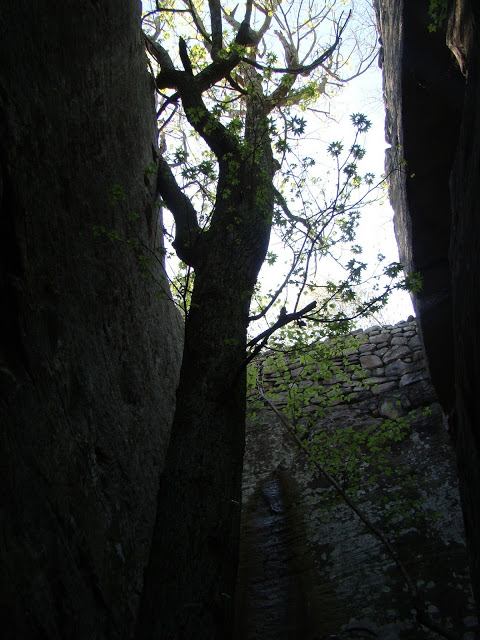 A tree growing between the rocks. 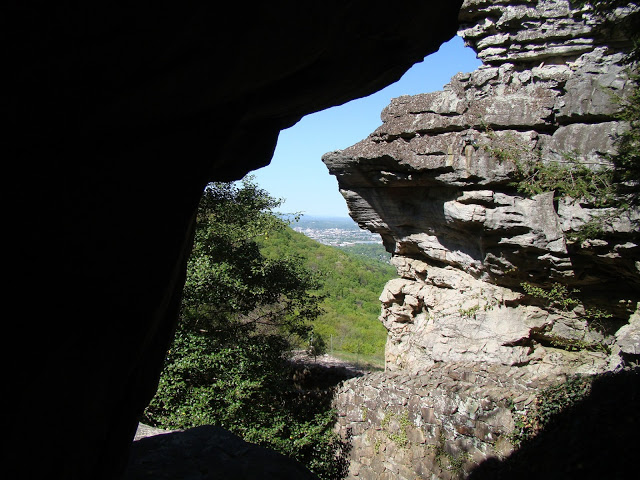 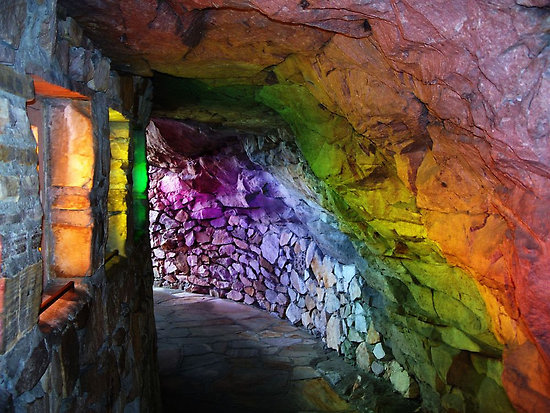 Rainbow hall: lined with colored windows which allow you to walk through a rainbow.
I so want to do this in my house. 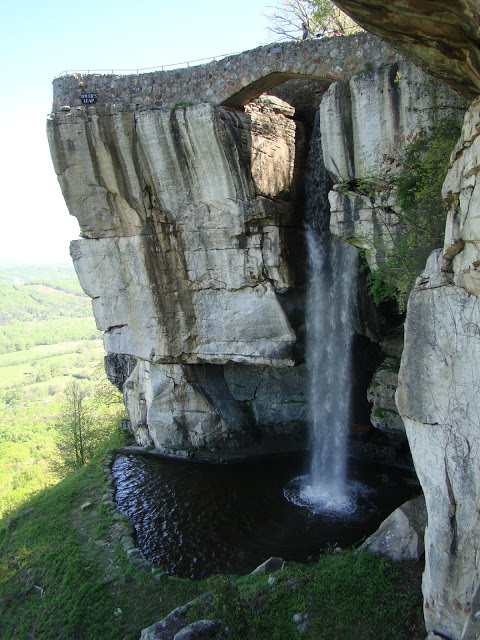 High Falls.. a man made, 140 foot, water fall that flows under Lovers Leap. 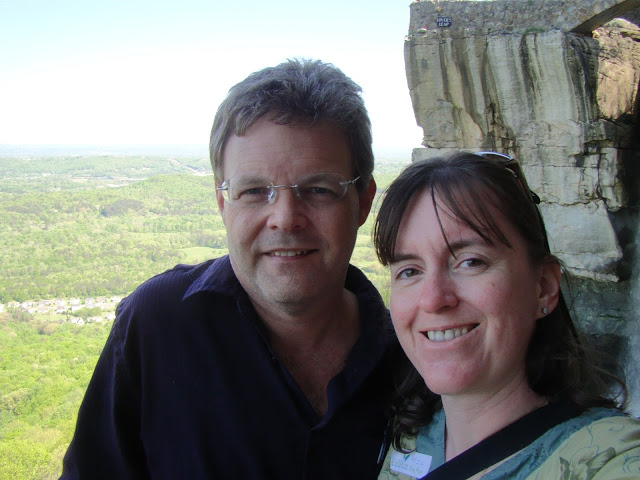 Us.  I tried to get the waterfall.. it’s in the very most right corner behind my shoulder.
A very beautiful day that I’d love to do over again.
Love,
Jenny